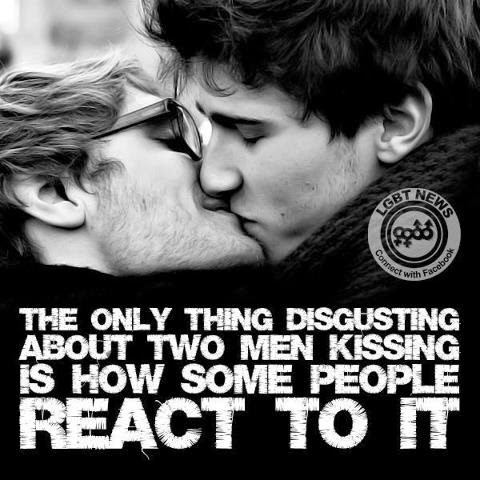 Remember the shrieks and flying spittle from the Christofascists when Massachusetts became the first state to allow same sex marriage?  These foul, hate and animus motivated people predicted that the sky would fall and that western civilization would end as a result.  A decade later, none of the predictions have come true and Massachusetts continues to have the lowest divorce rate in the nation while serial marriage remains the most prevalent in the hypocrisy filled Bible Belt.  Meanwhile, same sex marriage is legal in 19 states and gays even in gay-hating states like Virginia are marrying in high numbers in states where such marriages are legal.  The husband and I went to a wonderful wedding celebration of friends last night in Norfolk.  One of the things that was noteworthy was the mix of people in attendance - young, older, black, white, gay and straight.   It was a glimpse of what all of Virginia could be like but for the political whores in the GOP who continue to prostitute themselves to the Christofascists at The Family Foundation and other "family values" hate groups.  A piece in the New York Times looks at the transformation over the last 10 years.  Here are excerpts:

So, what happens to a marriage over the course of 10 years? Make that a gay marriage.

Earlier that week, Massachusetts had become the first state to issue marriage licenses to same-sex couples. Nineteen states and the District of Columbia do so now and on Wednesday, a federal appeals court struck down Utah’s same-sex marriage ban.

So, where are those first five couples now? Three live in Massachusetts, one moved from Boston to Washington, D.C., and one is in Brooklyn. They have a total of five children, with three born in wedlock. The men and women involved are now 41 to 58 years old. Four couples are still together, one isn’t.

And how did a marriage license change their lives? Some couples talked about how it made everyday headaches like tax and insurance forms go away. One said their lives didn’t change at all. And two couples said they ended up being transformed in ways they had not expected.


“I wasn’t necessarily, like, the bride type of lesbian,” said Mary Beth Caschetta, 47, who married Meryl Cohn, 52, at their home in Provincetown, Mass. “But our marriage has been such a stabilizing force in my life — in both of our lives, really — in a way I could never have imagined.”

“I don’t have some overly romantic notion of it,” Ms. Cohn said. “We were already committed to each other, so I was surprised marriage felt so meaningful in some serious way that feels anchoring. Maybe those feelings would have happened over time anyway, but it does feel like a deeper commitment to say: ‘You. You’re the one I married.’ ”

They were married at their Cape Cod home and had legal benefits until they moved to Washington in 2006, when Mr. Shannon took a new job.

“All of a sudden, poof, the marriage doesn’t exist,” Mr. Shannon said. “We were just two people again.”

With that came complications involving insurance forms and filling out apartment applications. (Washington did not allow gay marriage until 2010.)

Thanks to the Supreme Court ruling a year ago that struck down the Defense of Marriage Act, this was the first year they did not have to file separate tax returns. “The accountants are a lot less happy now,” Ms. Leuchs said.

Conservatives claim to want societal stability and the Christofascists always depict gays as promiscuous sluts, yet the oppose same sex marriage that not only encourages stability but also monogamy.  If they truly cared about what they claim to support, they would support same sex marriage.  The fact that they don't underscores their hypocrisy.  Thankfully, the world and the courts and most of society are moving on and leaving these hypocrites as increasingly irrelevant.  They are indeed the modern day equivalents to the segregationists of the 1950's and 1960's.