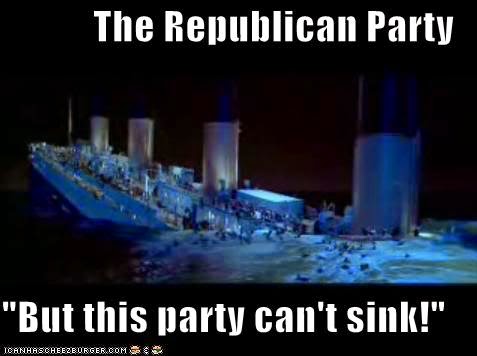 As has been noted in some previous posts, there are some in the GOP - actually a very few - who believe that the GOP needs to reform its message and become a "party of ideas."  This agenda is at odds with much of the GOP base which embraces ignorance and instead wants to keep trying the same failed policies of the GOP from twenty or thirty years ago.  One could argue that these so-called "reformicons" are on a mission reminiscent of Don Quixote.   Their visions of reform run head long into the racism, greed, and religious extremism that are now the pillars of GOP policy.  A piece in the New York Times looks at this small effort to move the GOP into the 21st century.  Here are highlights:

Two young men, in particular, were responsible for this change: Yuval Levin, a former policy adviser to George W. Bush and founder of the earnest quarterly journal National Affairs, and Ramesh Ponnuru, a senior editor at National Review and columnist at Bloomberg View. Each is an intellectual prodigy in his 30s, and together they have become the leaders of a small band of reform conservatives, sometimes called reformicons, who believe the health of the G.O.P. hinges on jettisoning its age-old doctrine — orgiastic tax-cutting, the slashing of government programs, the championing of Wall Street — and using an altogether different vocabulary, backed by specific proposals, that will reconnect the party to middle-class and low-income voters.

The reformicons, it seemed, had captured their party’s imagination. But three weeks later, on June 10, the narrative of the newly in-touch G.O.P. met the colder reality of politics, with its pitiless winnowing of winners and losers. Eric Cantor, in what was supposed to be a cakewalk primary, succumbed to David Brat, a far-right challenger so obscure that national anti-establishment organizations like FreedomWorks and the Club for Growth, which poured millions into other insurgencies, kept out of this one.

[A] new story line emerged. Cantor became the losing face of reformism, the “poster boy” (as The Wall Street Journal called him) and “one of the patron saints” (Ezra Klein) of an “upscale faction of the party calling themselves ‘reform conservatives’ ” (Politico). The reformist wonks, crunching through numbers and looking for an alternative to the six-year strategy of “just say no,” were now depicted as the elite establishment of the G.O.P. And as Republican lawmakers and strategists look ahead to November and beyond, there was suddenly a new worry. Instead of saving the party from itself, the reformers risked being consumed by the Republicans’ ongoing identity crisis.

Democrats have pushed the policy debate, while Republicans have become a party of opposition. Today Republican “rule” often means obstruction, and its supposed principles sound like dogma. As for reality, it gave us the presidential prospects of Sarah Palin and Michele Bachmann and absurdist moments, like the Republican presidential-primary debate in which all eight participants said they would reject a hypothetical deal with Democrats in which one dollar of increased taxation would be exchanged for 10 dollars of reduced spending.

[T]his is not a hospitable moment for serious-minded intellectuals on the right. The place once claimed in the culture by Kristol and William F. Buckley Jr. is now inhabited by Fox News hosts and Rush Limbaugh and the radio host Laura Ingraham, who is widely credited with mobilizing the troops who expelled Eric Cantor from Congress. Levin is circumspect about the competing noise.

[T]he appetite for ideological purity seemed insatiable and overrode all other considerations. Even cooler heads were persuaded that Mitt Romney would coast to victory as long as he could convince the activist wing of the party that he was a true conservative. “The result of the 2012 election was more disorienting than the ’08 election,” Ponnuru said. He described his futile attempt to educate House members at their annual retreat in January 2013, when Ponnuru worked through data showing that the loss couldn’t be pinned on Romney alone. “As much as people say Romney was a weak candidate, he ran ahead of Senate candidates in almost every state” — a crucial point that Ponnuru mentioned to the Republican caucus.

“The biggest problem is that the politicians don’t represent the people. We’re identified with the rich and big business,” she said, ticking off a list of constituencies that Republicans have alienated: “Single women, Hispanics, young people.” Also as a wife and mother, she had serious doubts about any movement “that can offer nothing to a married woman with three children at the bottom half” of the economic heap.

Levin and Ponnuru and other reformers also oppose same-sex marriage, but again choose not to make an issue of it, recognizing that the battle is lost — or soon will be, as indeed the culture war in general has been. That, in addition to the bleak facts of the weak economic recovery and irrefutable demographic trends, explains the reformers’ decision to channel their energies into economics and to become champions of middle-class America.

Today many on the right, including the reformicons, insistently depict Obama as a radical, but they are well aware he kept all but the top sliver of George W. Bush’s giant tax cut. And for all the efforts to discredit Obamacare, it was ratified by the most conservative Supreme Court in modern history. Every reformer I talked to acknowledged that the principle of universal coverage is here to stay, in whatever form, including the operations advanced by Republicans who want to “repeal and replace” Obama’s plan, the basis of which was hatched from a conservative policy suggestion that originated in 1989 from the Heritage Foundation.