As the violence and sectarian hatred in the Middle East continues, some are recognizing that much of today's problems trace back to disastrous decisions made in the wake of World War I when the victorious allies carved up the former Ottoman Empire based on their own needs and rivalries with little regard for the religious and ethic divisions that spread across the region.  It's not that they were not warned about the dangers of what they were doing.  Rather, hubris and colonial ambitions overrode what should have been common sense if one wanted long term stability in the absence of overwhelming outside forces such as the Ottoman Empire had provided or local dictators who could at least temporarily keep the lid on the sectarian and ethnic rivalries.  A piece in The Raw Story looks at the advice of T.E. Lawrence, a/k/a Lawrence of Arabia, that should have been followed.  Here are excerpts:

In America, if we reflect on World War I at all, we think mostly about the battlefields and trenches of Europe and tend to forget another front in that war — against the Ottoman Empire of the Turks that dominated the Middle East. A British Army officer named T.E. Lawrence became a hero in the Arab world when he led nomadic Bedouin tribes in battle against Turkish rule. Peter O’Toole immortalized him in the epic movie, “Lawrence of Arabia.”

At war’s end, Lawrence’s vision of Arab independence was shattered when the Versailles peace conference confirmed the carving of Iraq, Syria, Lebanon and Palestine into British and French spheres of influence; arbitrary boundaries drawn in the sand to satisfy the appetites of empire – Britain’s Foreign Office even called the former Ottoman lands “The Great Loot.”

The hopeful Lawrence drew his own “peace map” of the region, one that paid closer heed to tribal allegiances and rivalries. The map could have saved the world a lot of time, trouble and treasure, one historian said, providing the region “with a far better starting point than the crude imperial carve up.” Lawrence wrote to a British major in Cairo: “I’m afraid you will be delayed a long time, cleaning up all the messes and oddments we have left behind us.”

[T]hen and now, Lawrence’s understanding of the ancient and potent jealousies of the people among whom he had lived and fought generally was ignored. In 1920, he wrote for the Times of London an unsettling and prophetic article about Iraq – then under the thumb of the British. He decried the money spent, the number of troops and loss of life, and warned that his countrymen had been led “into a trap from which it will be hard to escape with dignity and honor. They have been tricked into it by a steady withholding of information…. Things have been far worse than we have been told, our administration more bloody and inefficient than the public knows. It… may soon be too inflamed for any ordinary cure. We are today not far from a disaster.”

Not for the last time in the Middle East would disaster come from the blundering ignorance and blinding arrogance of foreign intruders convinced by magical thinking of their own omnipotence and righteousness. How soon we forget. How often we repeat. 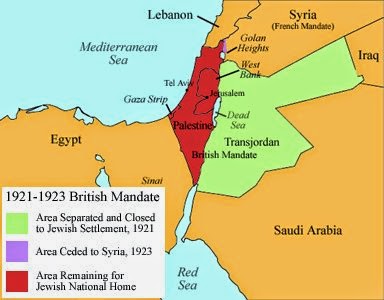