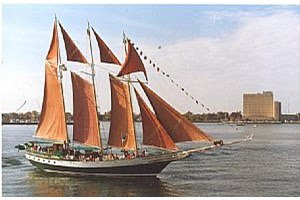 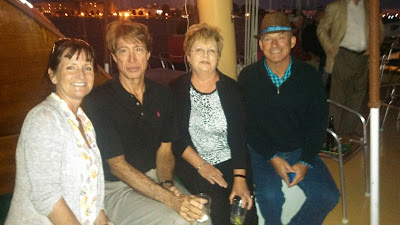 This evening the boyfriend and I joined other writers, advertisers and supporters of VEER Magazine on a cruise on a sunset cruise on the three masted schooner the American Rover (see photo above via the b/f's phone - I look like hell).  I have been writing a monthly LGBT/political column in VEER for over 2 and a half years that seeks to educate local readers about LGBT issues and the real political positions of those running for elected office.  My September, 2013, makes the case for why voters need to get out and vote for Terry McAuliffe for Governor on election day.  The October column will look at the Lt. Governor and Attorney General races and why voters need to be sure to get out and vote for Ralph Northam and Mark Herring.

One of the fun aspects of this evening was meeting a wonderful British couple - the husband is a British naval officer attached to NATO - and their recently college graduate daughter who is doing a volunteer internship with VEER before working on the 2014 Olympic Games in Russia. I suspect we will have them over as dinner guests to our home sometime soon.  The last of the sunset is below. 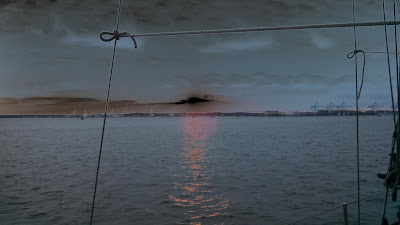