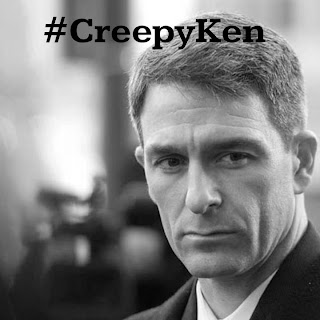 In yet another example of his extremist positions on virtually everything, Ken Cuccinelli has stated that he wants state employees subjected to "at will" firing.  Meaning that employees could be fired for any reason or no reason.  This would wipe out the current Virginia Act that protects state employees and that provides an appeal process for workers who believe they were improperly fired.  I suspect that under a Cuccinelli regime that workers who do not share his extreme beliefs on gays, women, minorities could find themselves quickly unemployed if this dream were to come to pass.  Here are highlights from the Richmond Times Dispatch:

Attorney General Ken Cuccinelli, the Republican nominee for governor, has told some labor and business representatives that he believes state employees should serve “at will,” rather than under the protection of the Virginia Personnel Act, according to two people who said they heard the statement.


“He said, ‘I would like to see all state employees be at-will employees,’ ” said Esser, who served as VEC commissioner under Democratic Govs. Mark R. Warner and Timothy M. Kaine.

But R. Ronald Jordan, executive director of the Virginia Governmental Employees Association, told association members he had “heard it directly from (Cuccinelli) also.”

Jordan said he had intended to address the issue with Cuccinelli when the candidate met with the association’s board of directors to determine if he intended to act on the belief if elected governor. Cuccinelli canceled the meeting, scheduled the day after Labor Day, and it has not been rescheduled.

“At will means you can be dismissed without cause,” said Jordan, who worked 29 years in state government, including 16 years “at will” as an employee of the House Appropriations Committee, then controlled by Democrats, and deputy secretary of public safety under Republican Gov. Jim Gilmore.

Jordan emphasized the association’s nonpartisan philosophy, but he also pushed Saturday for state employees and retirees to make their concerns heard in the Nov. 5 elections for governor, lieutenant governor, attorney general, and 100 seats in the House of Delegates.

The association represents 110,000 state employees, 30,000 retirees and more than 100,000 dependents of state workers. In an election with low turnout, Jordan said, “we would have a major influence.”