Has Obama's Weakness Set the Stage for Hillary? 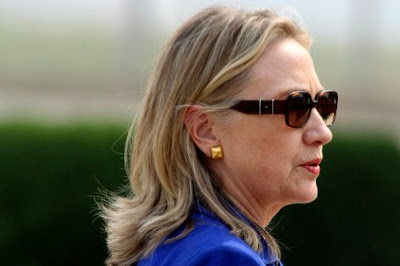 For many, Barrack Obama's presidency has been a huge disappointment.  From "leading from behind" to seemingly always capitulating to Republicans, many see his presidency as a string of lost opportunities.  That's not to say that there have not been successes.  There have.  But could there have been more if Obama had displayed more backbone.  That's what many Democrats wonder.  Some, such as conservative columnist David Frum, believe that this may all play out to Hillary Clinton's benefit in the lead up to 2016.  Here are highlights from Frum's column in The Daily Beast:

Few of these liberal and Democratic critics think Obama's heart is in the wrong place. They support much of his record, admire his values, take pride in the symbolism of his victory. But they wonder, in the words of a MoveOn.org video ad, "What's happened to that bold progressive man we elected president in 2008?" With MoveOn, they are pleading, "please fight" to a president they see as fatally yielding.

In this mood, Democrats may care a lot more about toughness and combativeness than about minute gradations of progressiveness. And about Hillary Clinton's combativeness, nobody has ever had any doubts. . . . .  "Standing up strong" is what Democrats will be looking for in 2016. Affect will matter more than policy, and Hillary Clinton has the affect of the tough and decisive leader.

To woo progressive Democrats, Hillary Clinton does not need to deploy a radical policy platform. She needs to go toe-to-toe with Republicans. She needs to breathe fire. She needs to reassure her party that she doesn't believe that discredited old junk about "no red states and no blue states." Democrats now accept that the divide is real, and in their politicians as in their preferred cable channel, they are looking for champions willing to take heat and return fire. The details of each candidate's health care platform will matter a lot less than the candidate's eagerness for the fight.


Five years ago, Hillary Clinton sparked controversy by remarking that Martin Luther King's dream only became a reality when Lyndon Johnson forced the Civil Rights bill of 1964 through Congress. "It took a president to get it done." Obama supporters seized on Clinton's words as a slight against Martin Luther King. A political cycle later, progressive Democrats may feel new respect for LBJ's ability to get things done.

Peter Beinart's analysis of the cultural moment is astute. But be careful about over-predicting big sweeping new political changes. Democrats tried that in 2008. And what they'll be looking for in their next leader will be much less the ability to touch the nation's heart, and much more the ability to apply the knee to her Republican opponents' groins.