Money and Self-Enrichment - The Real Motivation of "Family Values" Groups 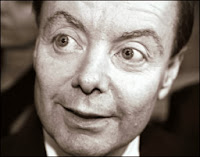 There's more behind the agenda of "family values" groups and organizations besides bashing gays and disenfranchising blacks and other minorities so as to maintain white privilege.  And, yes, they want to maintain a pre-modern world and society in many other ways as well.  But the real motivation for many of the leaders of such groups is money.  Cold hard cash.  They live the good life while duping the gullible and ignorant like slick con artists and peddling hate and bigotry.  What's even more disgusting is that many of these groups purport to be "educational" in their efforts and shockingly hold tax-exempt status which significantly ups the gravy train for their leaders.  Brian Brown and Maggie Gallagher have made out like bandits at the National Organization for Marriage, locally, Pat Robertson has made many millions of dollars, Catholic League blow hard Bill Donohue reportedly makes between $350,000 and a cool half million a year.  The list goes on and on.  To show how the system is milked, Think Progress has done a review of how the Joseph Goebbels like Gary Bauer (pictured above) has lived well while peddling "family values" hate.  Here are highlights:

Gary Bauer has been one of the nation’s most visible and outspoken social conservatives since his work in the Reagan Administration — fighting against LGBT equality, pushing to restrict women’s reproductive rights, and promoting Islamophobia. But while the former Republican presidential hopeful’s myriad political organizations and tax-exempt groups claim to support conservative values, a ThinkProgress analysis suggests that of late he uses them primarily to funnel money into his own pockets.

As president of American Values, a tax-exempt 501(c)(3) “charitable” organization focused on “defending life, traditional marriage and equipping our children with the values necessary to stand against liberal education and cultural forces,” Bauer received an annual salary of about $120,000 in 2011 — and another $30,000 in other benefits. His wife Carol, who worked 10 hours a week as secretary/treasurer for the organization, received an additional $60,000 in annual compensation for her efforts.

But Bauer augmented this . . . .  by hiring himself as a “consultant” for the various political committees he controlled.   . . . . With hundreds of thousands left in the bank, Bauer hired a campaign strategy and communications consultant: Gary Bauer. In the 2005-2006 cycle, he took $40,000 in fees; in recent years his figure has risen to $3,000 a month. So far, Americans United to Preserve Marriage has paid Bauer more than $260,000 — and between 2009 and 2012, Bauer received more than half of the committee’s total spending.

Finally, Bauer turned to his oldest available account for his most lucrative work.  . . . . starting in March, Bauer began paying himself $13,750 a month for “political and admin” consulting — $68,750 over the past five months, and several times more than the $8,250 the committee has given, total, to federal political candidates so far this year. At these rates, his annual consulting fees for these committees would project to more than $200,000. This would be in addition to his full-time American Values job . . .

As I said, spreading hate, lies and bigotry can be very, very lucrative as financially stretched widows and ignorant individuals are fleeced of money that cannot afford to be giving away to charlatans like Bauer et al.  The IRS truly needs to revoke the tax exempt status of these scam operations.

A visit to www.charitynavigator.org will help people learn how much heads of non-profits profit. Billy Graham's notorious son Franklin, for example, gets $420K a year for Samaritan's Purse and $97K as president of the Billy Graham Evangelical group.