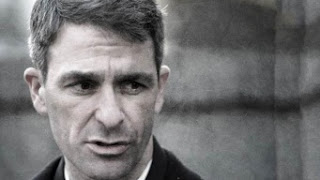 Once again the Virginia GOP and Ken Cuccinelli have garnered negative national attention for Virginia.  This time the negative image arose from the joke told by cretinous John Whitbeck, the Virginia 10th Congressional District Republican Committee chairman, at a campaign rally in Northern Virginia that disparaged Jews.   It's a strong reminder that today's Virginia GOP - and the national party as well - is all about exclusion.  If you are not a white, racist, anti-Semite, homophobic Christofascists, you are not welcome in the GOP.  Ken Cuccinelli and Mark Obenshain have been trying to blow smoke screens in the campaigns to hide this truth ("Bishop" Jackson is seemingly too delusional to grasp that extremist insanity doesn't win over most voters).  As a piece in The Daily Beast notes, the anti-Semitic brouhaha is a good reminder of what the real Ken Cuccinelli is all about.  Here are highlights:

Once again, wordplay and ethnicity wounded an office-seeking Virginia Republican. On Tuesday John Whitbeck, Virginia’s 10th Congressional District Republican Committee chair, made the news as he warmed up a Constitution Day rally at which Ken Cuccinelli was the featured speaker by telling a joke that ran counter to the spirit of Vatican II, to say the least, and again brought into focus the Virginia GOP’s dual problems with modernity and electability.


Whitbeck got the crowd going by reciting a tale about how the head of the Jewish religion presented the pope with a bill for the Last Supper. Apparently, there’s nothing like the tropes of deicide and frugality to get voters to the polls. Or not.

Within hours, the Twitterverse lit up like an ecumenical Christmas tree, the Virginia Democratic Party circulated a video of Whitbeck’s attempt at a few yuks, and the Cuccinelli campaign sought to put some distance between Whitbeck and its candidate, who wasn’t yet on the stage.

Virginians had seen this movie before. Sort of.

Back in 2006, then–U.S. senator George Allen (R-VA) hurled the North African pejorative “macaca” at his opponent’s video tracker, S.R. Sidarth, an Indian-American. Allen went on to lose his reelection bid by less than 1 percent to Jim Webb (D-VA) . . .


As a practical matter, Whitbeck’s remarks will personally offend only a sliver of the electorate, with Jews making up only 3 percent of Virginia’s voters in 2012, according to exit polls. More broadly, though, Whitbeck’s attempt at humor will likely remind folks about things that Cuccinelli & Co. wish people would just forget, things like Cuccinelli’s own brushes with birth, ethnicity, and nationality.


In a 2010 interview, Cuccinelli raised the possibility of tying Virginia’s challenge to Obamacare to the president having been born in Kenya and thus ineligible for office—despite that Obama’s mother was American born, raised in Kansas, and a descendant of New England abolitionists.

[T]he Cuccinelli campaign sought to quickly douse the fire of Whitebeck’s Last Supper joke.  . . . . For good measure, LaCivita added, “I don’t even know who the guy is.”


Alas for Cuccinelli, as his brush with modernity now appears to be short-lived. For the next 24 hours, the candidate will likely be left to clean up a mess that was not of his own making—for once.

Back in the spring, the race appeared winnable for Cuccinelli, as polls showed him leading by as many as 10 points. Not anymore. Since then Cuccinelli has been saddled with defending his own record on social issues and ethics and with a running mate for lieutenant governor, the Rev. E.W. Jackson, who makes Cuccinelli look, well, moderate. Back in May, Cuccinelli announced that he was “just not going to defend” Jackson’s “statements at every turn.” Now, with time running out, Cuccinelli has embraced the once unembraceable.

It would do the New Jersey–born Cuccinelli well to remember that Virginia is very much part of the 21st century.

Ouch!!  That's right, Cuccinelli was once again caught lying.  He knows Whitbeck well and probably laughed it up when he heard the joke until he realized it would not play well outside of the GOP bubble.  It is also laughable that Cuccinelli claims that Terry McAuliffe "isn't a Virginian" when he himself was born in New Jersey.  McAuliffe has lived in Virginia as long or longer than Kookinelli as an adult.