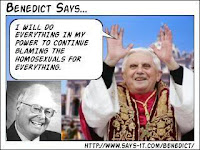 Gruber has denied the Spiegel story: