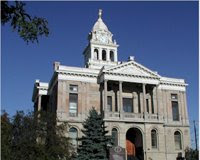 The Georgia Supreme Court has reversed a ruling by a homophobic lower court judge who had forbidden a gay father to allow his children to be around any of his gay and lesbian friends. This is a major deal simply because time and time again in divorces the straight parent tries to depict the LGBT parent as a sexual pervert and either (a) restrict visitation or (b) take custody from the LGBT parent. Just recently I spoke with a gay man who was experiencing this nightmare in front of a local Circuit Court judge. Ironically, the - in my opinion - sleazy attorney for the wife advertises himself as "gay friendly" even though he obviously is not. Here are some highlights from the Atlanta Journal and Constitution:
*
The Georgia Supreme Court on Monday threw out a judge’s order that prohibited children in a divorce case from having any contact with their father’s gay and lesbian friends. The ruling was hailed by gay rights groups who said the decision focuses on the needs of children instead of perpetuating a stigma on the basis of sexual orientation. The state high court’s decision overturned Fayette County Superior Court Judge Christopher Edwards’ blanket prohibition against exposing the children to their father’s gay partners and friends.
*
“Such an arbitrary classification based on sexual orientation flies in the face of our public policy that encourages divorced parents to participate in the raising of their children,” Justice Robert Benham wrote. The Fayette County judge’s prohibition “assumes, without evidentiary support, that the children will suffer harm from any such contact,” Benham wrote. But there is no evidence that any member of the gay and lesbian community has engaged in inappropriate conduct in the presence of the children or that the children would be adversely affected by being exposed to members of that community, he said.
*
The ruling stems from the 2007 divorce of Eric Duane Mongerson and Sandy Kay Ehlers Mongerson, who had been married 21 years and had four children. The visitation order prohibited the three youngest children, whose ages ranged from 8 to 16 at the time, from being in contact with their father’s gay and lesbian friends. The oldest child was already an adult.
*
Beth Littrell, staff attorney for the Lambda Legal Defense and Education Fund in Atlanta, said the visitation order was the most sweeping of its kind she had seen in Georgia. “Placing a blanket ban on children’s association with gay people not only hurts this father’s relationship with his children, it is blatant discrimination,” Littrell said. “The court has done the right thing today by focusing on the needs of the children instead of perpetuating stigma on the basis of sexual orientation.” The ruling, she added, ensures that visitation decisions are “not based on the prejudices of individual judges.”
Posted by Michael-in-Norfolk at Tuesday, June 16, 2009