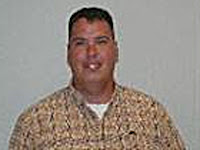 I am hard on the Roman Catholic Church when it comes to the sexual abuse of minors because of the failure of anyone in the hierarchy to be punished for the enabling and cover up of thousands of cases of abuse. But the problem is not unique to the Catholic Church and seems all to prevalent in more fundamentalist denominations who actively preach against gays and often promote witch doctor like "ex-gay" Programs. A case in point is Tree of Life Church in New Braunfels, Texas, where a youth pastor sexually abused a boy and quoted passages from the bible to convince him that God wanted their relationship to grow. Based on the church's website, it doesn't appear to be a gay affirming church in any form shape or manner. Here are some highlights from WOAI-TV:
*
NEW BRAUNFELS, Texas -- A former youth pastor from Alabama will likely spend the rest of his life in prison for molesting a boy in Texas.Matthew Anderson has been described as sick, disgusting, and a wolf in sheep's clothing. Anderson moved to Comal County in 2003 and started attending the "Tree of Life Church" along IH-35, which is where he met his victim.
*
De Lemos said what no one knew was that Anderson had been convicted of molesting a 15-year-old in Alabama and had been sentenced to probation. While attending Tree of Life, Anderson met a new family and started a relationship with them and their 16-year-old son.
*
Anderson acted as a mentor to the boy. He then started using passages from the bible to convince him that God wanted their relationship to grow. That led to inappropriate touching between Anderson and the boy.
*
The boy came forward and said Anderson molested him multiple times. Anderson was arrested by the New Braunfels Police Department in 2007 for sexual assault. . . . A jury agreed and this week convicted Anderson of sexual assault of a child and indecency of a child by contact. He was sentenced to five consecutive life sentences Thursday, which means he will likely never be eligible for parole.
Posted by Michael-in-Norfolk at Monday, June 15, 2009