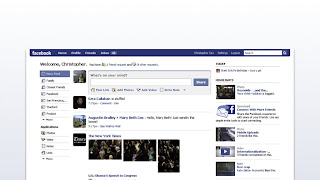 The question has been posed as to where exactly do our personal social media rights stand in light of our employer’s right and/or desire to know and their ability to dictate what goes on our personal Facebook, Myspace, Twitter, or YouTube accounts accessed on our own private personal time. The question is relevant because many employers – particularly in states like Virginia which is an employment at will state where employees can be fired for no reason at all – need little or no justification to fire an employee as long as it doesn’t run afoul of prohibitions against discrimination based on race, religion, sex, national origin, and other statutory protected class. A recent event brings this issue into focus. In this instance an Associated Press reporter was reprimanded over an innocuous comment on his Facebook page. Fortunately, as a union member, his union has come to his defense. Most of us do not have that luxury in an increasingly non-unionized work force.
*
True, all of us as American citizens have our First Amendment right to freedom of speech. This protection does not, however, extend to private employers where contract rights govern relationships as opposed to prohibitions against government actions to restrict speech. While censoring employees’ rights to freedom of speech is in my view morally wrong, the reality is that this type of behavior happens virtually every day. In my own case, a letter to the editor in opposition to anti-gay legislation in 2004 likely set the stage for my being forced out of a law firm where the powers that be were more worried about not offending ultra conservative clients than the rights of their employees as citizens of an allegedly free country. Or the rights of LGBT citizens.
*
The consequence is that employees need to use caution in what they post and how much they reveal. Unless you are self-employed or own your own business, it’s important to know the mindset of your employer and act accordingly assuming that anything you write may well be seen by your employer. I am not arguing that any of this is right, but it is a legal reality. Here are some highlights from Wired.com on the AP reporter case and others like it:
*
Richard Richtmyer, a Philadelphia-based newsman, set off Tuesday’s tempest with a seemingly harmless comment posted to his Facebook profile late last month criticizing the executive management of newspaper publisher McClatchy, whose stock plummeted following a 2006 acquisition of San Jose-based Knight Ridder. “It seems like the ones who orchestrated the whole mess should be losing their jobs or getting pushed into smaller quarters,” Richtmyer wrote on May 28. “But they aren’t.”
*
McClatchy, like countless other newspaper publishers, happens to be a member of the AP’s newsgathering cooperative. Had the comment been uttered in real life, it likely would have dissipated into the rank air of a Philly journo bar. But Richtmyer had some 51 AP colleagues as Facebook friends, some of them higher up in the AP food chain. One turned out to be a “mole” — Richtmyer’s description — and the reporter was given a firm talking-to by AP management, who put a reprimand letter in his employment file.
*
The minidrama is an increasingly familiar one as companies and workers navigate the landscape defined by sites like Facebook, MySpace and Twitter. Firings and reprimands over postings to social networking sites have become commonplace over the last year.
*
A stadium employee with the Philadelphia Eagles was fired in March after a Facebook post calling the team “retarded” for trading a star player. A North Carolina teacher was suspended in November for posting on Facebook, “I hate my students.” Three Harrison, New York, police officers were suspended in February after making untoward Facebook comments about their mayor.
*
And two New Jersey restaurant workers are now suing their former boss after they were fired for their rumblings about the restaurant management on MySpace. The federal suit accuses the manager of logging onto the online discussion using another employee’s credentials.
*
Private-sector workers have little, if any, protection from being fired or reprimanded for what they say online or off, said Wendy Seltzer, a First Amendment lawyer at American University. “If you put it onto a Twitter stream or a Facebook page, if they get word of that, they can fire you,” Seltzer said. “Electronic communications are more persistent, and more likely to find their way into the boss’ hands.”
*
Federal employees, she said, generally have a First Amendment protection against being fired for their speech, unless it “impedes the ability to do the job,” Seltzer said.
*
As is often the case with the law, what is legally permissible and what is morally right are two different things. Employees need to remember this unfortunate reality.
Posted by Michael-in-Norfolk at Monday, June 15, 2009