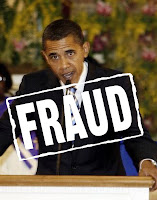 In a possible effort to try to avoid an embarrassing melt down at a LGBT fundraiser dinner for the DNC President Obama signed a memorandum to extend limited benefits to LGBT federal employees and their partners. While a step in the right direction, it is merely a measly crumb compared to candidate Obama's lofty campaign promises. No matter what he does after the fact, the DOJ brief in support of DOMA pretty much has expressed what the Obama administration truly thinks of LGBT Americans: our marriages are equivalent to incest. Rightly so, the anti-Obama and anti-DNC fall out continues to unfold. Here's one example via the InsiderOut blog group that I belong to:
:
Bruce Bastian, a gay businessman and prominent donor who lives in Utah and is on the list of special invitees, not only said he no longer plans to attend the fundraiser, but also that he no longer plans to donate to the Democratic Party as a whole. “I will continue to support certain congressmen, congresswomen and senators whom I believe will continue to fight for our rights, but I don’t think blanket donations to the Democratic Party right now are justified, at least not in my book,” he said.
*
Bastian, a major donor to many LGBT groups, said he sent an e-mail to the DNC on Wednesday saying he wouldn’t attend the event “because of the remarks on DOMA.” He found the filing “very offensive.” “The administration has said they have to support the federal government’s stance,” he said. “But in the brief, they go way beyond where they need to go to just defend DOMA. They basically go to terminology and language that you would expect from the Bush administration, not the Obama administration.”
*
Bastian said the brief was the “tipping point” for him in his perception for how the Democratic Party supports LGBT issues. “The LGBT community raised a lot of money in support for Obama, and, I think he has to have the courage — well, not just him — but, I think the Democratic Party now has to have the courage to fight back, and when they do, they’ll have my support,” he said. Bastian said he would change his mind on the donations and his attendance if there were action on passing hate crimes legislation in the Senate and movement to repeal DOMA and “Don’t Ask, Don’t Tell.”
*
Bastian is but one of many prominent LGBT political donors who have decided to opt out of attending the big DNC fundraiser on June 25, 2009. I applaud these principled decisions and believe that a boycott of the fundraiser is the proper course of action. Obama and the Democrat Party need to be shown that they cannot depend on LGBT support and money if they refuse to deliver on LGBT rights initiatives. Here are highlights from America Blog on this point:
*
I contacted top gay blogger Andy Towle today to ask if he'd be attending the big gay fundraiser the DNC was holding later this month with VP Biden as the special guest. Andy was on a list I'd seen of already committed attendees. Andy told me that he had already contacted the DNC to say that he wouldn't be attending at this time (yet another reason we like Andy and his blog). The DNC had planned to raise a lot of money from gay A-listers by coinciding this fundraiser with the 40th anniversary of Stonewall. Instead, the DNC may be about to witness Stonewall 2.0.
*
Andy's news comes on the heel of word that veteran gay advocate, and longtime friend of Bill Clinton, David Mixner is pulling out the fundraiser as well. David wrote one hell of an essay this weekend about the hateful DOMA brief the Obama administration submitted late Thursday night.
*
Here is a very long excerpt from David's essay: You fully need to understand the ramifications of this brief: it undercuts every conceivable argument that the LGBT community would use to fight for the repeal of DOMA. Right-wing nut cases can now just simply quote horrible stuff from this hateful brief and proclaim loudly it was filed by the Obama Justice Department. The President and his team have not only undercut this community but have damaged his own ability to repeal this hideous law given to us by President Clinton. With Democratic friends like these, God helps us.
*
President Obama, even Dick Cheney is for marriage equality. Please don't try to placate us with actions already taken 16 years ago by President Clinton. Secretary of State Hillary Clinton might be able to help you find the way since she has already written a policy for your approval ending discrimination in her agency. This community is no longer interested in hearing one more time your personal beliefs that marriage is between a man and a woman. We want you to rise above your own beliefs and hear you articulate a powerful vision of full equality for LGBT Americans.
*
As the saying goes, actions speak louder than words and at this point in time the Obama administration's actions in supporting DOMA tell us all we need to know.
Posted by Michael-in-Norfolk at Wednesday, June 17, 2009