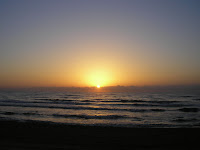 At times I suspect that some readers feel I talk about religion too much and/or treat certain denominations extremely harshly. Each of us can only speak from our own perceptions and experiences and in my own case, so much of my past unhappiness tracks back directly to the religious indoctrination - perhaps brainwashing is a better word - that planted the seeds for so much of my self-hate, suffering in silence and isolation, and striving to change my unchangeable sexual orientation. Catholicism instills so much guilt, much of it ridiculous to an outside observer. Take the case of a ten year old child worried about going to Hell because they forgot and ate meat on a Friday (when I was a child, meat was banned on every Friday). Thus, imagine what the realization that one is attracted to other boys has the power to do to one's psyche. It was utterly devastating and set the stage for unending feels of unworthiness and a sense of being cursed. I viewed myself as vile and worse. I see better now and understand that I am not and that I never was.
*
One of my goals that motivated me starting this blog was to share my experiences in the hope that someone would benefit and perhaps avoid some of the unhappiness and self-hate that I endured for nearly fifty years. Having left the Catholic Church, if anything I believe that I am a now a better Christian. I'm less judgmental and I am certainly more loving towards my children and others because I am a less miserable person. One cannot really love others fully if you cannot find it in you to love yourself at least a little bit. In fact, I know now that I was never a bad person, just one who was deeply damaged by a flawed faith construct. A construct that in my view is aimed at keeping a small clique of dour, sexually fixated old men in power and in control of millions of lives. A faith construct which has perverted the message of the Gospels into something often quite horrible. Many of these old men I suspect are afflicted with the same baggage I once carried and rather than accept who they are they make life miserable for everyone else especially in matters sexual since they are so dysfunctional themselves. The rage I express at religion and Catholicism in particular is that this mindset is still ruining the lives of gays (and many others) everyday. How many gay lives must be ruined or damaged before it ceases?
*
I have come to believe that self-acceptance and the ability to find some inherent worth in one's self are keys to happiness. Too often religion - certainly the Catholicism of Benedict XVI or Lady Marchmain in Brideshead Revisited does - makes achieving that goal impossible. Had I remained a Catholic, for myself, I doubt I'd have been able to succeed in finding spiritual peace and the realization that I am NOT a bad person. As I have mentioned, I frequently receive communications from married men in the closet who are trying to decide what to do with their lives. Many come across severely damaged by their faith communities which like the Catholic Church barely recognize the humanity of gays and give out constant messages of condemnation. Faced with all of that do they remain closeted? Do they come out and try to navigate their way through all of the nightmare that may be involved? Only they can make that decision ultimately. If my shared experiences and reflections can help any of them in some small way find an easier path, avoid my mistakes, and/or achieve a happier life, then I've accomplished something positive.
Posted by Michael-in-Norfolk at Tuesday, August 05, 2008

Hi Michael. I noticed you left the Catholicism of your youth yet you are still affiliated with a belief that daily persecutes many sections of the community, not just the gay one. Perhaps I've been misled but I'm not aware of any Christian denomination which readily accepts gay people or what are termed 'gay sex acts.' It's always been 'accept the sinner but not the sin.' How are you able to square away your belief with what the wider church says about who and what you are?

The national church has as yet to accept partnered gay clergy, but seems to be trending in that direction. The General Meeting in 2009 will probably take up the issue and hopefully make the growing acceptance of gays church wide.

My former partner and I attended a local ELCA parish as a couple and were listed in the parish directory as a couple. If some members disapproved, the kept their thoughts to themselves.