Trouble for Hillary in New Hampshire? 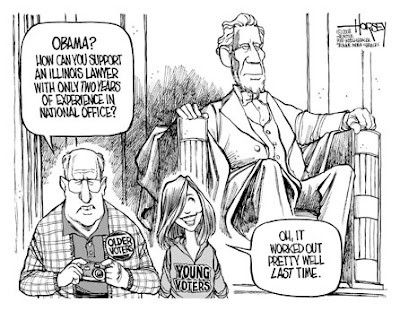 This new poll by American Research Group, Inc., if accurate, could mean real trouble for Hillary Clinton (http://americanresearchgroup.com/pres08/nhdem8-716.html). Obama has gone up 7 points in a matter of days while Hillary has dropped 9 points among likely Democrat primary voters in New Hampshire.
While it is not the least bit scientific, having had lunch with my 18 year old daughter today, I heard first hand how Hillary is not connecting with younger women voters. Moreover, my daughter said she sees Hillary, while a huge improvement over the Chimperator, as basically a continuation of the same old style of politics. She and her friends at college - VCU is one of Virginia's more liberal universities in many ways in part because of its top Arts school - are seeking someone who can truly make things different and better. Like me, she also says she fears all of the old scandals that will be dug up and recycled if Hillary is the Democrat nominee. At this point she favors Edwards - due to his environmental positions - but realizes that he is a long shot unless something huge happens.
Posted by Michael-in-Norfolk at Saturday, January 05, 2008