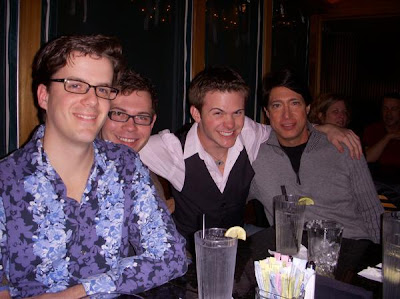 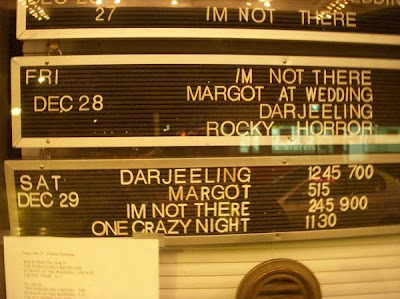 As I described previously, before the screening of "One Crazy Night the Sequel" at the Naro Theater in Norfolk, the cast, production staff, and friends gathered at No Frills Grill for food, adult beverages, and general merriment. Numerous photos were taken that night by sometime intoxicated photographers. Posted above are (1) a photo of the movie box office window with the movie listed for the 29th, and (2) a photo of some friends at far left and Josh, who plays the cub paparazzi news reporter who I have to reprimand in the movie due to his harassment of my client, London Hilton, a make believe cousin of Paris. Yours truly is at far right.
Posted by Michael-in-Norfolk at Monday, December 31, 2007