Reasons Why Huckabee is Unfit to be President 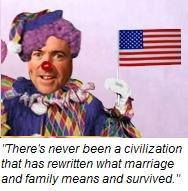 I will concede that I do not believe that anyone who cannot grasp the concept of separation of church and state should hold the office of President. On that note alone, Mike Huckabee has shown himself to be unfit for office. Unfortunately, for the Christian Right element of the GOP, all that matters is that one be (or claim to be) a devout conservative Christian. No other attributes are required. Fortunately, however, the media and other candidates are bringing much more focus on the Huckster and what it shows merely reinforces the assessment that he is not fit for the office. Here are some highlights from a piece on Politico (http://www.politico.com/news/stories/1207/7623.html):
Huckabee has undergone scrutiny for his ethical transgressions in Arkansas, his support for the pardon of an Arkansas sex offender who committed murder after being released from prison, his 1992 statement that AIDS victims should be quarantined, his decision to continue to draw a salary from a nonprofit financed in part by tobacco money and his policy of taking speaking fees from controversial groups prior to his campaign.

Then there have been self-inflicted wounds like his Pakistan comments, his wondering out loud to The New York Times magazine whether Mormons believe Jesus and the devil are brothers, his description of the Bush administration’s foreign policy in Foreign Affairs as one of an “arrogant bunker mentality,” his unfamiliarity with the National Intelligence Estimate on Iran’s nuclear program and his assertion that he was receiving foreign policy advice from people who said they had never spoken with him.

Adding to Huckabee’s predicament is the fact that he has become public enemy number one of a suddenly roused conservative establishment. Figures including George Will, Robert D. Novak, Peggy Noonan, Phyllis Schlafly and Rich Lowry have all expressed deep concerns about what his nomination would mean to the GOP, and the party’s economic wing in particular. And such established conservative voices have been buttressed by new media powers such as Matt Drudge, Rush Limbaugh and Laura Ingraham, who loom heavily over the now hour-by-hour news cycle and who have also begun to grow wary of Huckabee.
Posted by Michael-in-Norfolk at Wednesday, January 02, 2008