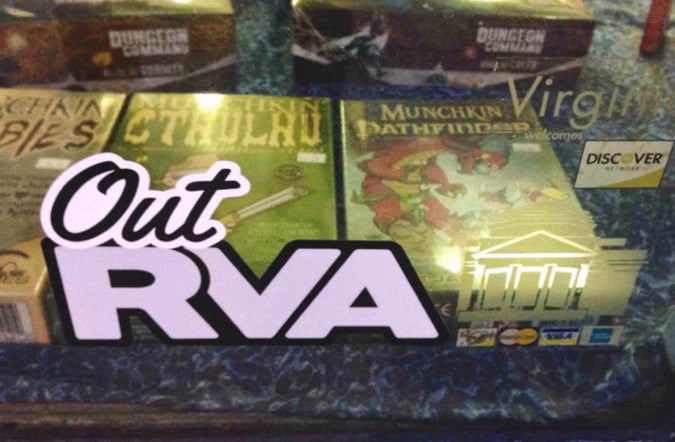 Even as The Family Foundation ("TFF") and its political whores in the Virginia Republican Party continue to do all that they can to keep LGBT Virginians inferior under the laws of the Commonwealth, Richmond, the capital city of Virgina has launched a new effort to court LGBT tourists.  Sadly, the greater Norfolk area has yet to wake up to the need to make a similar marketing effort, the problem being particularly acute in Virginia Beach where the tourism bureau would overall rather court the low spending blue collar "family" market.   It goes without saying that the hate merchants at TFF are probably not too happy with the city's effort. The New York Times looks at Richmond's new effort to free itself from Virginia's anti-gay image.  Here are excerpts:

The cry “Come out, come out, wherever you are” has taken on new meaning as more Americans who are lesbian, gay, bisexual and transgender (L.G.B.T.) come out of the closet, telling friends and family about their sexual orientation. A regional tourism organization is now echoing the process a person goes through in coming out to present a city as a welcoming destination for L.G.B.T. visitors.

The organization, known as Richmond Region Tourism, is declaring that Richmond, Va., is “coming out” as a city where L.G.B.T. tourists will feel comfortable. A campaign that began this month includes a microsite, or special website, with the address RichmondIsOut.com; print advertisements; banner ads online; a blog; a video clip; a presence in social media that include Facebook, Instagram and Twitter; and stickers for the windows of stores, shops and businesses that read “OutRVA,” a nod to residents’ name for the city, “RVA.”

The premise of the campaign, which uses “OutRVA” as a logo, is that Richmond is coming out the way a person would, spreading the word through posts in social media or missives that are known as “coming-out letters,” which may be literal, ink-on-paper letters or read aloud on videos.

So the print ads — running in newspapers aimed at L.G.B.T. readers in cities that are not far from Richmond and have large L.G.B.T. populations — begin with salutations like “Dear Atlanta,” “Dear Boston” and “Dear Washington”; include phrases like “So here it is. I’m gay” and “The fact is, I’m gay”; and conclude, “Love, Richmond, Virginia.”

The campaign presupposes that potential visitors have images of Richmond derived from its history or heritage, or perhaps because Virginia is a state where same-sex marriage is illegal and there are no statewide protections for L.G.B.T. employees in their workplaces. Those attitudes are, according to Richmond Region Tourism and the campaign, obsolete and at variance with how tolerant the city is today.

For instance, in the video clip, an announcer says: “Of course, outsiders think they know Richmond. The capital of the Confederacy, the stuck in the past, the unwelcoming, the intolerant Richmond. We’ve heard the comments, and they hurt.”

“It’s time for the world to see the L.G.B.T. community we’re proud to call our own, and the people that have risen up to support it,” the announcer continues. “We’re saying goodbye to the closet, and you’re going to have to say goodbye to your old opinion of Richmond.”

The campaign is part of recent initiatives by Richmond Region Tourism to portray the city as a lively, interesting, even sophisticated destination for tourists.

The campaign may be something new for Richmond, but many other cities, counties and states have been running ads aimed at L.G.B.T. tourists, who, according to research data, travel more frequently than their heterosexual counterparts.

The campaign also offers “a grass-roots way for businesses to raise their hands and make a statement,” she adds, “and say they support the L.G.B.T. community regardless of what the legislators” approve or disapprove of.

Candidly, the husband and I always have a good time when we visit Richmond thanks to its museums and many wonderful dining opportunities in the Carytown area, long the city's most gay friendly neighborhood. It's time for the Cities of Hampton Roads to wake up and court the LGBT tourism market.  It's an issue that HRBOR, the region's gay and gay friendly chamber of commerce needs to push.