Sarah Palin - Proof of the GOP's Moral Bankruptcy and Hypocrisy 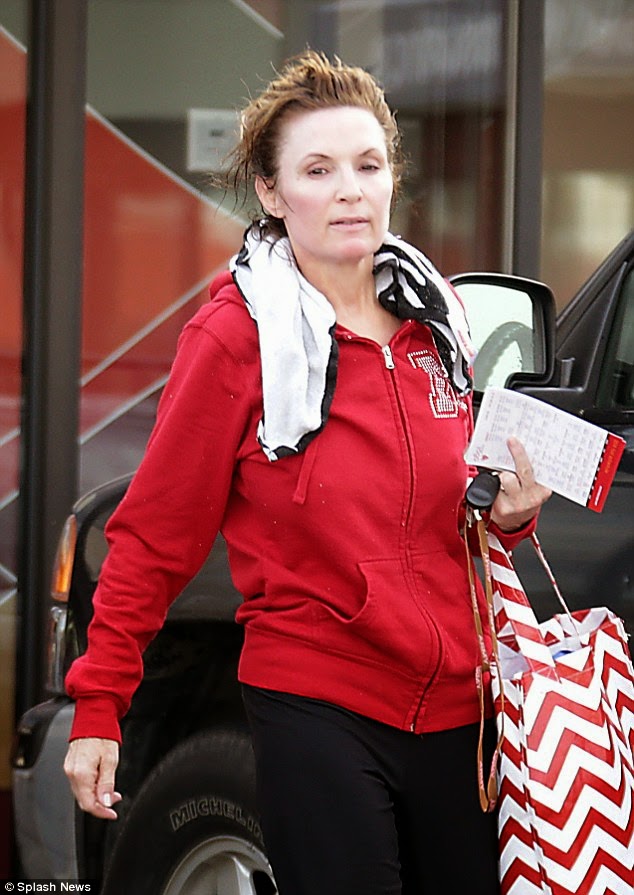 By now many readers may have heard about the brawl that took place at a house party in South Anchorage, Alaska, involving Sarah Palin and her white trash family.   Yes, white trash.  Decent, quality, educated people don't engage in drunken physical brawls.  How anyone with half a brain can deem Sarah Palin as a role model or a candidate for even a job as dog catcher is mind numbing.  Yet, many in the GOP base continue to idolize this foul, self-aggrandizing nut case.  Some of these fools even thinks she's attractive (God knows why based on the photo above!).  A piece in The Daily Mail looks at the real Sarah Palin and her latest exhibition of her lunacy.  Here are excerpts:

Sarah Palin was photographed sweaty and make-up free [and wedding ring free] as she ran errands around Anchorage, Alaska on Monday - marking the first time she's been seen in public since a violent family fight this weekend.

A fight allegedly broke out at a house party most of the Palin family was attending on Saturday night in south Anchorage, when daughter Willow's ex-boyfriend Connor Cleary tried to get in a Hummer limousine after engaging in some unspecified 'questionable behavior'.

RealClearPolitics spoke with a source close to the Palin family, who wanted to provide their version of the events in question.

The source said oldest son Track, 25, soon found himself struggling against four men who had 'piled on him'.

That was when father Todd Palin - who was celebrating his 50th birthday that night, although it was not his party- became involved.

Partygoer Eric Thompson told Good Morning America: 'I heard Sarah Palin scream out, 'You know who we are, don't you?''

The former vice presidential candidate has yet to publicly comment on the brawl.

On Monday, she left a shopping mall dressed casually, and without wearing her wedding ring.
One report suggested host Korey Klingenmeyer was allegedly punched in the face seven times by Bristol when he politely asked her to leave the party.

Another report claimed that Willow and Bristol apparently tried to go after the mother of Willow's ex-boyfriend.

The fight involved 'roughly 20 people' and alcohol is believed to have been a factor in the incident, which took place around 11pm on Saturday night, The Anchorage Police Department said.

'Anchorage police responded to a report of a verbal and physical altercation taking place between multiple subjects outside of a residence,' police spokesperson Jennifer Castro told Alaska Dispatch News.

Although none of the parties wanted to press charges at the time of the incident, police confirmed that the case is still an active investigation and is being reviewed by APD and the Municipal Prosecutors Office.

Posted by Michael-in-Norfolk at Tuesday, September 16, 2014