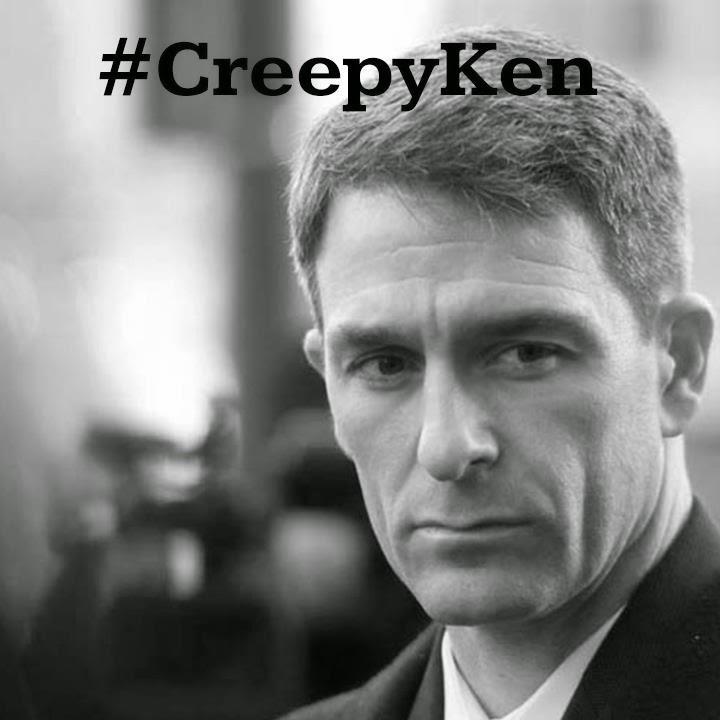 Proving that he is becoming even more detached from objective reality, failed Virginia gubernatorial candidate Ken "Kookinelli" Cuccinelli has filed a lawsuit against a conservative political action committee ("PAC") claiming that the Pac, Conservative StrikeForce PAC, misled would be donors and hurt Kookinelli's ability to fund raise.   Cuccinelli refuses to accept the fact that his own extremism and efforts to push a theocratic social agenda while attorney general is what caused his loss.  The man truly belongs in a mental ward (he also needs to come out of the closet so that he can get past his self-loathing and internalized homophobia that may be the source of much of his lunacy).  Here are excerpts from a Washington Post on this latest batshitery from Kookinelli:

Cuccinelli alleges that $10,000 of “approximately $2.2 million” raised by the PAC was donated to the campaign. Nor did the group follow through on promises of independent expenditures to support Cuccinelli with get-out-the-vote efforts, direct mail, phone banks, radio ads, canvassing and other election work, the suit says.

An attorney for the defendants, Mark Braden, said he and his clients were “mystified” by the lawsuit. “This is the classic definition of no good deed goes unpunished,” Braden said.

Cuccinelli’s fundraising lagged throughout the 2013 race. McAuliffe — a top Democratic Party fundraiser before he was a candidate — raised more than $38 million. Cuccinelli — hobbled by party infighting and concern among business-oriented Republicans that he was too focused on social issues — raised $21 million.

Cuccinelli accuses the defendants of false advertising, breach of contract and unauthorized use of his name and image.

Larry Noble, former general counsel for the FEC and now at the nonprofit Campaign Legal Center, said he has long seen PACs “that have been set up to basically support the people that are running it.”
He said that as long as the activity is accurately reported and the money raised was not earmarked for a campaign, there’s no FEC requirement to spend the money on politics.

One can only hope that through this lawsuit Cuccinelli makes it even more impossible for him to ever run for political office in the future.
Posted by Michael-in-Norfolk at Saturday, September 20, 2014