Democrats Go On the Offensive in the Culture Wars 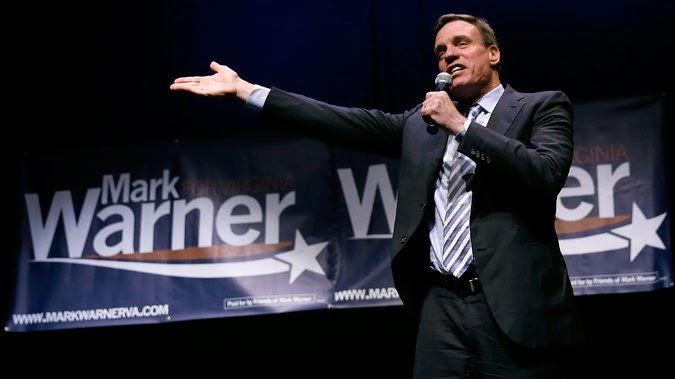 A phenomenon that has long been absent in political circles and campaigns is now beginning to appear and hopefully will continue: Democrats using the culture wars to attack Republican hate mongers and those who would drag the nation back to the 1950's or earlier.  With demographic changes that are shrinking the GOP base of far right whites and more and more younger voters walking away from religion entirely, the GOP's constant self-prostitution to the Christofascists may finally be a liability at the ballot box.  Yes, the fanatics of the far right continue to turn out in high numbers on election day, but a critical point may be nearing where opposition to the hate, racism and religious extremism of the GOP base will motivate even more voters to go to the polls.  A piece in the New York Times looks at the trend, including events taking place in Virginia's 2014 senate election campaign where the GOP's Ed Gillespie continues to whore himself out to the ugliest elements of the Christofascists/Tea Party.  Here are highlights:

After a generation of campaigns in which Republicans exploited wedge issues to win close elections, Democrats are now on the offensive in the culture wars.


Democrats see social issues as potent for the same reasons Republicans once did, using them as a tool to both stoke concerns among moderate voters, especially women, and motivate their base.

In few places has the change been as notable as in Virginia, where Democrats for decades practiced defensive politics to assure voters they were in the state’s cultural mainstream.

Now it is Republican candidates who are in a crouch. When Senator Mark Warner, a first-term Democrat, and his Republican opponent, Ed Gillespie, met for their first debate this summer, it was Mr. Gillespie who had to summon a creative way to rebut the suggestion that he was extreme.

[T]he Republicans’ attempts to parry attacks reveal how the ground has shifted. Their candidates in the three states have fought back with proposals to sell birth control pills over the counter, a shift that not long ago might have enraged religious conservatives. But there is little indication so far that the Democrats’ push on social issues is motivating cultural conservatives to respond.

Equally striking is what is not being highlighted: same-sex marriage. Gov. Rick Scott of Florida, a Republican, simply changed the subject to the economy when pressed about a federal judge’s decision striking down his state’s ban on same-sex unions.  Even in more conservative Arkansas and Louisiana, Republican candidates are not raising the topic. . . . . the most notable advertisement on the topic comes from Monica Wehby, a Republican Senate candidate in Oregon who supports same-sex marriage and is trying to break through.

Some Republicans believe that the Democrats’ reliance on cultural issues in politically moderate states underlines the structural challenges that Republicans face with voters.

An electorate reshaped by a growing presence of liberal millennials, minorities, and a secular, unmarried and educated white voting bloc will most likely force Republicans to recalibrate.
The willingness of Mr. Warner, a cautious politician, to challenge his opponent over same-sex marriage, abortion rights, contraception and climate change illustrates the Democrats’ new boldness.  “The public has moved,” Mr. Warner said after a campaign forum with technology executives in Northern Virginia, exactly the sort of voters who have reshaped politics in the state.

A new generation of Democratic strategists believe that using cultural attacks as a turnout lever is essential to success in swing states.   “When we polled and focus-grouped, it was so evident you weren’t going to motivate our base unless you were vocal and clear on these issues,” said Robby Mook, Mr. McAuliffe’s campaign manager.

[Colorado] Senator Mark Udall, a Democrat who succeeded Mr. Allard in 2009, is running a campaign courting female voters by emphasizing the culture wars. Along with an array of outside liberal groups, Mr. Udall has pounded his Republican challenger, Representative Cory Gardner, on abortion, contraception and same-sex marriage, including at their first debate recently.

Colorado Republicans say that if Mr. Udall’s cultural assault is successful, it will represent an ominous sign about their party’s ability to win statewide.

Like other important Senate elections this year, the North Carolina race could ultimately be decided by the size of Ms. Hagan’s margin among women.  “That is who is absolutely now deciding elections,” said Stephanie Schriock, the head of Emily’s List, which backs female candidates who support abortion rights. “And they will decide this year by going or not going to the polls.”

Women, gays and minorities need to understand that the GOP is an open enemy to their/our rights.  Complacency and staying home on election day will be disastrous.  It is time to truly rally, go to the polls and use the ugliness of the GOP's Christofascist backed agenda to kill the power of the far right.
Posted by Michael-in-Norfolk at Tuesday, September 16, 2014