The Secret Antigay U.S. Money Behind The Global Evangelical War on LGBT Rights 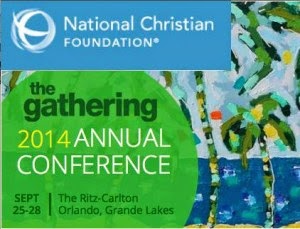 I and - others - increasingly believe that supposedly religious "charities" that blatantly violate the ban on political activities under the Internal Revenue Code need to lose their tax exempt status.  Many of the organizations under close analysis do little or no charitable work and instead funnel huge amounts of money into anti-gay (and sometimes anti-minority) political activities.  American taxpayers should not be forced to indirectly underwrite the activities of what are little more than hate groups.   The piece in TwoCare.org looks at the money flowing from supposed "Christian" charities to fund a global war against LGBT rights and which, in the process whip up hate and homophobia that often leans to anti-gay violence.  Pieces kike this one underscore why conservative "Christians" need to become social pariahs in America. They are anything but nice and decent people.  Their mindset is separated from ISIS only by the degree of violence they use on those who refuse to conform to the ugly version of religious belief.  Here are article highlights:

Note to readers: this is the first installment in a Twocare.org/Center Against Religious Extremism series that will examine extensive ties - both financial, organizational, and ideological - between the community of philanthropists, evangelical leaders, and Christian organizations that revolve around the event known as The Gathering and evangelical promotion of anti-gay hatred and anti-LGBT rights activism on a global scale, from Uganda to Russia.

"The Homosexual Agenda: Exposing the Principal Threat to Religious Freedom Today" (B&H Publishing Group, 2003), which states "[homosexual] activists have followed a strategy akin to what Hitler used back in the 1920s and 1930s to take over Germany” and is currently distributed by the Alliance Defending Freedom, one of the top American organizations participating in WCF events. The ADF is linked to anti-LGBT rights activism in nations spanning three continents, from the United States and Belize to Russia. In 2012, ADF received over 25% of its funding from the National Christian Foundation; . . . . .

A Twocare.org analysis shows that out of the 101-odd American speakers featured at major World Congress of Families congresses from WCF I, held in Prague in 1997, to WCF VI, held in Madrid in 2012, 48 of those speakers, almost half, were attached to organizations that have been funded by the National Christian Foundation, the biggest foundation at the yearly event known as The Gathering (featured in the April 2014 Twocare.org special report The Gathering: The Religious Right’s Cash Cow) – an event at which leaders of top Christian right anti-LGBT groups such as the Family Research Council, Focus on The Family, and the Alliance Defending Freedom (formerly the Alliance Defense Fund) frequently mingle with billionaire financiers of the religious right, representatives from the right-wing DeVos, Coors, Friess, Ahmanson, Prince, DeMoss, and MacLellan families and the rapidly growing National Christian Foundation – now America’s 12th biggest charity according to the Chronicle of Philanthropy and which funds multiple “ex-gay” ministries.

By its own description, the event known as The Gathering – whose attending nonprofit foundations give out, according to a Twocare.org analysis, over $1 billion dollars a year in grants – was launched in 1985 from a meeting at the Arlington, Virginia headquarters of The Fellowship, which hosts the annual National Prayer Breakfast.

Speakers scheduled this year for The Gathering 2014 include NYT columnist David Brooks,  . . . . . Among those Joining Brooks at The Gathering 2014 will be Terry Parker, co-founder and board member of the National Christian Foundation, which since 2005 has given over $1.5 million dollars to the His Servants ministry of Don Schmierer, producer and vendor of a Fieldstead & Company-commissioned line of “ex-gay” books and curricula translated into dozens of languages . . .

In 2006 Family Research Council head Tony Perkins told The Gathering that the “second greatest threat:” to America, besides “radical Islamists” was “radical homosexuals”.

Despite ongoing critical media coverage of the World Congress of Families, that over the past decade has come to the fore as a leading U.S.-based initiative which has helped export the culture war agenda of the American religious right – including anti-LGBT hatred and hostility to reproductive freedoms – to Russia and Eastern Europe, one transcendent question has largely been neglected: who funds the American nonprofits that have comprised the dominant presence at WCF events ? And, are the efforts of these nonprofits uncoordinated or are there traceable strategic and leadership connections between these groups ?

The answer to both questions points directly to the elite annual event known as The Gathering and to its biggest nonprofit foundation, the National Christian Foundation, exposed in an ongoing Twocare.org investigation of NCF 990 tax forms from 2001-2012 as probably the biggest – and without a doubt the most prolific – anti-LGBT rights funder in America.

$10,065,726: that’s the amount of funding that the Alliance Defending Freedom – whose leaders have spoken at and helped organize four major World Congress of Families events, and is “easily the most active antigay legal group” according to Human Rights Campaign Vice President Frederick Sainz – received in 2012 from the National Christian Foundation . . . .

Consider the following quotes, from the Alliance Defending Freedom’s top leaders: . . . . “[Homosexual] activists have followed a strategy akin to what Hitler used back in the 1920s and 1930s to take over Germany… The very future of our nation is at risk if the homosexual agenda continues to advance unchecked.” — from pages 27-28 of The Homosexual Agenda, a 2003 book by ADF President Alan Sears and Craig Osten currently offered for free by the ADF to contributors who donate over $10

[A]s detailed in the Twocare.org special report The Gathering: The Religious Right’s Cash Cow, from 2001-2012 the National Christian Foundation provided $163,384,988 in funding to the ADF, FoF, FRC, and five other major anti-LGBT rights activist groups: the Alliance For Marriage, the American Center For Law and Justice, the American Family Association, Campus Crusade For Christ, and the National Organization For Marriage.

In a column in the Summer 2012 The Gathering newsletter, President of the 501(c)(3) nonprofit The Gathering Fred Smith discussed the results of a survey done by a private consultant hired to ask Gathering participants “what makes them reluctant to recommend people they meet to The Gathering.” More than a few participants, it seems based on Smith’s column, considered The Gathering to be a “secret society”.

But judging by a survey of audio recordings from The Gathering, it is not hard to understand why participants might hold such a view; Gathering speakers often describe the need to “infiltrate” secular society: the use of stealth and deceit to further the dominionist “Seven Mountains” mandate, the goal of bringing the seven major spheres of society – government, business, education, media, arts and entertainment, religion, and the family – under the influence of control of “the kingdom” and its ranks of “believers”.

Such an anti-democratic and anti-pluralist, religious supremacist ethic – which has influenced disturbingly wide swaths of the global evangelical missions movement – is interwoven through the culture of The Gathering.

There is more and readers should read the entire piece.  These organizations not only further a global war against LGBT individuals but ultimately, would overthrow the U.S. Constitution.  In my view, that is tantamount to treason and should be dealt with accordingly.  These are not decent organizations.  They and their agenda are frightening.
Posted by Michael-in-Norfolk at Friday, September 19, 2014