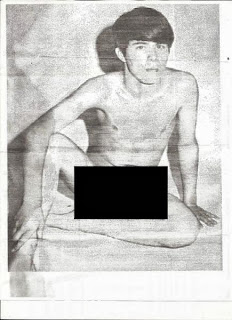 Based on inquiries I'm receiving from major news outlets, the story might go viral on the Web at any moment. Pryor once was considered a conservative boy wonder, whose boyish looks and right-wing credentials made him a possibility for future appointment to the U.S. Supreme Court. Pryor might be watching that dream, and maybe quite a few others, slowly swirl down the drain.

As noted by Legal Schnauser, even the legal website Findlaw has now picked up the story:

Judge Wade McCree left the bench after an inappropriate photo leaked (though he was also embroiled in a sex scandal). Does a similar fate await Judge William Holcombe Pryor of the 11th Circuit?


The Internet and especially legal blogosphere exploded earlier this week when nude photos of a man bearing a striking resemblance to Judge Pryor appeared on Legal Schnauzer (link NSFW), a blog dedicated to fighting legal "injustice," and filled with criticism of allegedly-corrupt judges. The blog is authored by Roger Shuler, who holds a journalism degree from the University of Missouri, worked for 11 years at a daily newspaper, and then spent 19 years as a university editor.

Judge Pryor was confirmed to the bench in 2005. His candidacy was extremely controversial due to his antigay stance, reports the Advocate.

Credible source or not, the photos do resemble the 11th Circuit jurist. Above the Law has a censored version of the photo (SFW), and here is a photo of the judge (SFW). Legal Schnauzer has the printout from BadPuppy, which has "Bill Pryor and Tom Wander" displayed next to the photo (SFW).

If the photos are in fact of Pryor, I hope the jerk gets his due.

Posted by Michael-in-Norfolk at Monday, September 23, 2013