Is America really so exceptional? 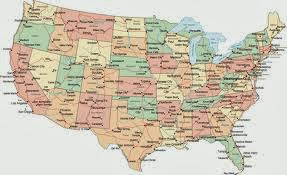 One mindset that drives me to distraction is based on the belief that America is exceptional or, stated differently, the myth of American exceptionalism.  The far right and GOP love to talk about American exceptionalism, but Democrats fall for the propaganda as well.  Too often this translates into a smug sense of superiority and, worse yet, a refusal to recognize America's failings.  It has also been used as an excuse to justify America's sometimes less than pure motives.  With social mobility plummeting and wealth disparities soaring, is America really exceptional?  A piece in the Washington Post looks at the question.  Here are excerpts:

The most interesting fact to surface in the ensuing debate over “American exceptionalism” is that the phrase was first coined by Putin’s long-ago predecessor, Joseph Stalin. Its origins stretch back to 1927, when a prominent American communist, Jay Lovestone, suggested that capitalism was so advanced in the United States that it would preclude a communist revolution here. Stalin would have none of it, attacking “the heresy of American exceptionalism” and affirming the historical inevitability of Marx’s triumph of the proletariat.

Time hasn’t been kind to Marxism. Still, the underlying question remains: Is American exceptionalism just a self-congratulatory phrase or a demonstrable reality? The evidence is mixed.

If you examine opinion polls, you cannot miss the distinctiveness of some American attitudes. One standard question asks respondents to judge which is more important — “freedom to pursue life’s goals without state interference” or “state guarantees [that] nobody is in need.” By a 58 percent to 35 percent margin, Americans favored freedom over security, reported a 2011 Pew survey. In Europe, opinion was the opposite.

Historically, the American experiment was exceptional, as historian and conservative commentator Charles Murray shows in an elegant essay published by the American Enterprise Institute. The United States, writes Murray, was the “first nation in the world [to] translate an ideology of individual liberty into a governing creed.”

[M]ost Americans have considered their beliefs superior. What rankles Putin (and many Americans, too) is that the United States has used this sense of moral superiority as a pretext to throw its weight around the world. The truth is more complicated. U.S. foreign interventions have also reflected perceived self-interest, while moral reservations have often justified isolationism: Don’t get entangled with crazy foreigners. The public’s hostile reaction to a proposed use of military power in Syria suggests isolationism may be on the rise.

There’s also a widespread understanding that national ideals have often been violated (slavery and racial discrimination being the most glaring examples). Indeed, Americans themselves seem increasingly skeptical of exceptionalism. The 2011 Pew survey asked respondents to react to this statement: “Our people are not perfect but our culture is superior.” Only about half of Americans agreed, roughly the same as Germans and Spaniards. Significantly, 60 percent of Americans 50 and over agreed, while only 37 percent of those aged 18 to 29 did.

Still, these portents can be overdone. Compared to many, Americans are more optimistic, more individualistic, more confident of progress. What the late historian Richard Hofstadter once said remains true: “It has been our fate as a nation not to have ideologies, but to be one.”


What do readers think?
Posted by Michael-in-Norfolk at Monday, September 23, 2013