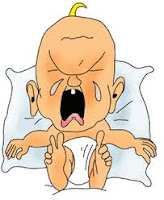 Earlier in the year the U. S. Supreme Court in Christian Legal Society v. Martinez, ruled against the Christian Legal Society (CLS) in its challenge to the University of California Hastings College of the Law’s policy of requiring all funded student groups to be open to all students. The Supreme Court in relevant part said:
*
“In requiring CLS — in common with all other student organizations — to choose between welcoming all students and forgoing the benefits of official recognition, . . . Hastings did not transgress constitutional limitations. CLS . . . seeks not parity with other organizations, but a preferential exemption from Hastings’ policy.”
*
Preferntial rights - that's what the cry baby Christianists always want. They want special rights that are afforded to no one else. In this case, CLS wanted the right to discriminated against LGBT and non-Christian students AND receive university funding derived in part from the very students against whom CLS discriminated. One would have thought that a Supreme Court ruling would have ended the matter, but in typical Christianist fashion, CLS sought another bite at the apple and asked the 9th Circuit to allow CLS to introduce "new evidence" after the fact. Fortunately, the 9th Circuit resoundingly said "No." Here are highlights via the National Center for Lesbian Rights:
*
Today the United States Court of Appeals for the Ninth Circuit denied the Christian Legal Society’s request to present additional evidence in Christian Legal Society v. Wu, a case challenging a California law school’s policy that student groups may not discriminate based on sexual orientation, religion, or other bases. Today’s ruling brings an end to six years of litigation in this case, which began in 2004 when the Christian Legal Society (CLS) sued the University of California Hastings College of the Law because CLS wished to exclude gay and non-Christian students.
*
The Supreme Court sent the case back to the Ninth Circuit to determine whether any additional issues remained to be resolved in the case. The Ninth Circuit ruled today that the case is over and that the Supreme Court’s opinion upholding Hastings’ policy stands as the final judgment in the case.
*
The National Center for Lesbian Rights, along with cooperating counsel Paul Smith of Jenner & Block LLP, represents Hastings Outlaw, the lesbian, gay, bisexual and transgender student organization at Hastings, which intervened in the case to defend the constitutionality of the non-discrimination policy. Hastings College of the Law is represented by Gregory Garre of Latham & Watkins LLP and Ethan Schulman of Crowell & Moring LLP.
Posted by Michael-in-Norfolk at Wednesday, November 17, 2010