The Banana Chronicles - A Part of My Family Heritage 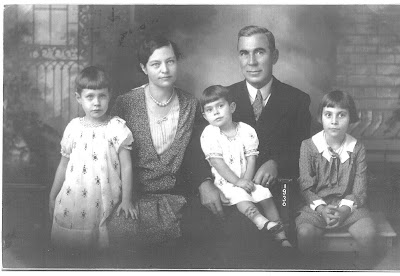 Months ago I was contacted by a journalist in Costa Rica working for an online magazine, Neotropica, that was going to do an issue on the good, the bad, and the ugly of United Fruit Company's activities in Central America during the first half of the 20th century. I was contacted because of a post I had done on this blog that referenced my family's ties to Central America - particularly Honduras where my mother (the smallest child in the photo above) was born and Panama where she later lived. The magazine issue is now up online and can be found here. The story on my grandparents (pictured below in 1922), which includes a number of family photos from the 1920's and 1930's that I furnished to the publication, begins on page 17 of the magazine. My mother still holds investment interests in both Panama and Honduras and I hope to visit both countries someday.
*
United Fruit did many unfortunate things during its de facto rule of Central America. However, I remain convinced that the Medical Department of which my grandfather was a member, did much good and that the medical personnel had the best of motives. I'd be interested in hearing readers' thoughts. 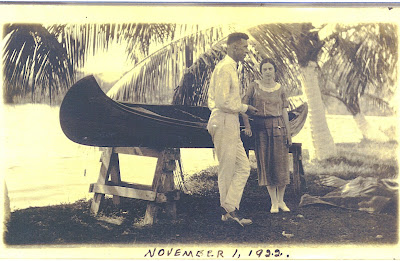 Posted by Michael-in-Norfolk at Wednesday, November 17, 2010