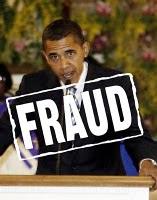 Better late than never is an long standing phrase, but in the case of the Liar-in-Chief's claim that he will belatedly get involved in pushing DADT repeal, it's likely going to be a case of too little too late. And as a result, his promises to LGBT Americans on DADT during the 2008 campaign will go unmet for possibly years to come. The man is a liar and a fraud and I personally cannot wait to see him out of office. At least with a known enemy we in the LGBT community could have planned for lies and betrayal. Frankly, in hindsight, I do not believe that Obama ever intended to see DADT repealed - it was all nothing more than cynical lies and deceptions and I'm ready to sign on to any campaign that will seek to take the 2012 nomination from him. Here are highlights from the Washington Blade on the latest bullshit emanating from the White House:
*
The champion of “Don’t Ask, Don’t Tell” repeal in the U.S. House maintains that President Obama will provide the “full spectrum” of engagement in getting the military’s gay ban repealed once the Pentagon completes its report on the issue.
*
In an interview Tuesday with the Washington Blade, Rep. Patrick Murphy (D-Pa.) said Obama has been engaged in moving Congress to repeal “Don’t Ask, Don’t Tell” and that this effort will expand once the Pentagon working group report — due Dec. 1 — is complete. “I think there are different levels of engagement and, I think, once the report comes out, I think we’ll see the full spectrum of that engagement,” Murphy said.
*
With limited time remaining this Congress, it’s possible lawmakers won’t repeal “Don’t Ask, Don’t Tell” this year, leaving Obama to come up with another game plan — perhaps non-congressional action such as a stop-loss order — to put an end to the gay ban. But Murphy was reluctant to call on Obama to issue a stop-loss order to end discharges under “Don’t Ask, Don’t Tell” and maintained Congress can still repeal the law this year.
*
“Let’s cross that bridge when we get there,” he said. ”Now it’s still in the Congress’ domain to act and especially, specifically, the Senate’s domain.” While seeing a path forward this year, Murphy doubts that Republican leadership in the 112th Congress will be willing to consider “Don’t Ask, Don’t Tell” repeal as part of its agenda.
*
The clear lesson is that the LGBT community should believe NOTHING that comes out of the Obama White House. That's right, believe absolutely NOTHING. Action and delivery on promises are the only things that count.
Posted by Michael-in-Norfolk at Wednesday, November 17, 2010

I appreciate your passion and I too am disappointed with Mr. Obama's lack of leadership on gay issues and other issues. But your over the top rhetoric is starting to sound more like Ann Coulter.

Faced with a Senate that just says no to everything, what kind of magic did you expect him to do?