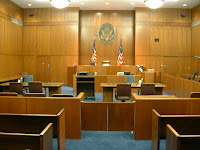 Personally, if I had it to do over again, I'd never go to law school - like so much in my previous life, I did it because it was "expected." Based on some surveys of attorneys I am not the only one to regret the choice: as high as 70% of the profession weals the same way. In fact, speaking with a therapist from a Virginia State Bar sponsored program, he said that attorneys have high depression and substance abuse rates and among the highest suicide rates. The profession is high pressure and nowadays extremely cut throat where only receipts and the bottom line matter. Integrity and competence mean less than being a bullshitting "rainmaker." Now, with the economy in a downward spiral, lay offs in the legal profession have been massive - over 5,000 attorneys have been laid off by large firms and countless staff and paralegals have been likewise let go. Thus, getting a job is no longer a sure thing - especially if one is gay and out in cities other than major cities. The job market crash is now trickling down to graduating law students even from top schools. It is not a pretty picture as the New York Times is reporting:
*
This fall, law students are competing for half as many openings at big firms as they were last year in what is shaping up to be the most wrenching job search season in over 50 years.
*
For students now, the promise of the big law firm career — and its paychecks — is slipping through their fingers, forcing them to look at lesser firms in smaller markets as well as opportunities in government or with public interest groups, law school faculty and students say.
*
The frenzy has even pushed the nation’s top firms, a tradition-bound coterie, into discussing how to reform the recruitment process with an earnestness that would have been unthinkable just years ago. Even if the economy is beginning to pick up, the legal profession has been pummeled over the last year, with some firms closing and survivors often asking associates to take leaves of absence.
*
How bad is it? Skadden, Arps, Slate, Meagher & Flom, the juggernaut of New York, has slashed its hiring by more than half. For the first time in 136 years, Morgan, Lewis & Bockius, a respected Philadelphia firm, has canceled its recruiting entirely. Global firms like DLA Piper and Orrick, Herrington & Sutcliffe have postponed recruiting for several months to see if the market improves. At Yale, students accustomed to being wooed by Big Law’s glittering names — like Baker & McKenzie; Milbank, Tweed, Hadley, & McCloy; and White & Case — were stunned when those firms canceled interviews in New Haven this month.
*
New York University, Georgetown, Northwestern and other top universities confirm that interviews are down by a third to a half compared with a year ago, while lower-ranked schools are suffering more.
*
The timing is worst for the class of 2011, the second-years now looking to get into firms, because of a unique logjam created last year. After the September financial crisis, firms chose to defer their new hires at the price of steeply cutting recruiting this year. . . . When Julia Figurelli, a second-year student at the University of Pennsylvania, decided to enter law school a year ago, she expected to find a lucrative law firm job in three years . . .“Had I seen where the market was going, I would’ve gone to a lower-ranked but less expensive public school,” she said. “I’m questioning whether law school was the right choice at all.”
*
I feel sorry for students burdened with debt and unable to find jobs. On the other hand, with luck they may find careers in other areas and industries and thereby avoid joining those of us who wish we had never gone into law in the first place.
Posted by Michael-in-Norfolk at Thursday, August 27, 2009