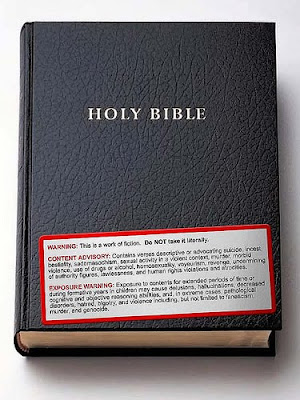 My posts on the recent actions of the Evangelical Lutheran Church ("ELCA") in voting to allowed partnered clergy in committed same sex relationships have garnered some of the usual hate e-mails and nasty comments that goes with the territory of the freeper crowd which (a) seems obsessed with turning the Gospel message into one of exclusion and hate and (b) is extremely selective in terms of what Bible passages must be applied literally as written and which ones can be blithely ignored when convenient. I also wonder at times why these folks are reading a gay blog in the first place - might it be the male beauty photos? In any event, an example of this is the following message:
*
This [the ELCA action] is just appalling. If Luther, the late German Christian protester, would still be here…where the denomination “Lutherans” derived from, he would be stunned and completely disappointed in this horrible abomination to the Word of God and the Gospel. I totally am against this election. When God created “man” he created Adam and Eve, NOT Adam and STEVE!!! Hello people. This is a direct form of disobedience to God. And this is happening in a Church, a denomination that professes to know the Word of God???? Please, God will have to deal with you guys…and it won’t be pretty.
*
Frankly, what I believe will not be pretty is how God deals with people like the author of the comment who certainly seem to have totally missed Christ's directive to love one's neighbor as one's self. As for Bible verses being applied literally, I would ask the author of the quoted comment how he/she justifies literal application of purported anti-gay passages yet it is fine that other apparently unequivocal passages are regularly ignored by the Bible thumper crowd, e.g., the prohibitions on divorce; the approval of slavery; the subordination and discrimination against blacks, the supposed descendants of Ham; the subordination and treatment of women as chattel; the murder of whole cities of women and children. Why is it only passages that are cited as justifying anti-gay bigotry must be still construed literally? Or does the author of the comment also condone slavery, anti-black bigotry and the mistreatment of women? Those who pick and choose what passages to enforce literally are no better than the Pharisees so berated by Christ.
*
Speaking of gay affirming denominations, 365gay had a run down on the positions of a number of denominations on this issue. Those looking for spiritual homes might do well to review the varied stances on gays and same sex relationships:
*
UNITED METHODIST CHURCH: 7.9 million U.S. members. The most conservative of the largest mainline denominations on gay clergy. An effort to repeal a ban on non-celibate gay clergy failed at the church’s last General Conference, in 2008.
*
EVANGELICAL LUTHERAN CHURCH IN AMERICA: 4.7 million U.S. members. The church voted Friday to strike down a policy that required celibacy of gay clergy, becoming the largest U.S. denomination to take that stance. The change allows those in committed same-gender relationships to be on official ELCA church rosters and serve as pastors at congregations that want them.
*
PRESBYTERIAN CHURCH (USA): 2.9 million U.S. members. Ministers must live in “fidelity within the covenant of marriage between and a man and a woman, or chastity in singleness.” The church’s General Assembly voted last year to drop that requirement, but the move did not receive required approval from presbyteries.
*
EPISCOPAL CHURCH: 2.1 million U.S. members. The splintering global Anglican fellowship has moved to the brink of a full schism since the 2003 consecration of the first openly gay Episcopal bishop. Last month, the Episcopal General Convention approved a resolution saying “God has called and may call” gays in committed relationships to any ordained ministry in the church.
*
AMERICAN BAPTIST CHURCHES IN THE USA: 1.3 million U.S. members. Holds that “the practice of homosexuality is incompatible with Christian teaching.” The Baptist tradition emphasizes local autonomy, and some churches have appointed openly gay ministers, creating tensions.
*
UNITED CHURCH OF CHRIST: 1.1 million U.S. members. Boasts a long track record of welcoming gay clergy. Allowed ordination of an openly gay man and openly lesbian woman in the 1970s. Ordination of practicing homosexuals was officially accepted in 1980.
*
Not listed are the Roman Catholic Church which views gays as "inherently disordered" and would impose life long celibacy and the Southern Baptist Convention which would basically stone gays to death if Richard Land and the SBC leadership though they they could get away with it.
Posted by Michael-in-Norfolk at Monday, August 24, 2009

OMGosh I was laughing so hard when you pondered if the "Christians" commenting were reading your blog for what I call "Man Candy" pics!!!! LOL - that probably IS why they come here and are just not brave enough to say so.

I love your blog! Very informative with a personal touch. . . .and I do admit this gay man enjoys the pics too! ;-)