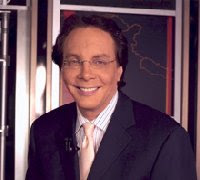 Sometimes it is impossible to make up stories about the Christo-fascist elements of the far right and GOP base that are stranger than the truth. Their real life bat shittery is beyond imagination and invention. One has to wonder why some of them have not been taken into police custody, in fact, when they are actively promoting the death of President of the United States. A case in point is Wiley Drake, pastor of First Southern Baptist Church in Buena Park, California, and a former Southern Baptist Convention officers (pictured at left) - which I guess should not be a surprise given how utterly whacked out the SBC has become since the conservative takeover some years back. The leadership of the SBC - e'g. Richard Land - is obsessed with gays and abortion and has basically turned its back on the bulk of the Christian Gospel message and seems to endeavor daily instead to make the term Christian into something foul, although even the SBC seems to be running away from association with Drake. Here are some highlights from the Associated Baptist Press:
*
NEW YORK (ABP) -- A former Southern Baptist Convention officer who on June 2 called the death of abortion provider George Tiller an answer to prayer said later in the day he is also praying "imprecatory prayer" against President Obama.
*
"Imprecatory prayer is agreeing with God, and if people don't like that, they need to talk to God," Drake told syndicated talk-show host Alan Colmes. "God said it, I didn't. I was just agreeing with God." Asked if there are others for whom Drake is praying "imprecatory prayer," Drake hesitated before answering that there are several. "The usurper that is in the White House is one, B. Hussein Obama," he said.
*
Later in the interview, Colmes returned to Drake's answer to make sure he heard him right. "Are you praying for his death?" Colmes asked. "Yes," Drake replied. "So you're praying for the death of the president of the United States?" "Yes."
*
You would like for the president of the United States to die?" Colmes asked once more. "If he does not turn to God and does not turn his life around, I am asking God to enforce imprecatory prayers that are throughout the Scripture that would cause him death, that's correct."
*
Sing Oldham, vice president for convention relations with the SBC Executive Committee, was unavailable for comment until late on May 4. He said that while Drake served one year as second vice president of the SBC, he is not now nor has ever been a spokesman for the convention. "Mr. Drake does not represent Southern Baptist actions, resolutions, or positions in his interpretation and application of 'imprecatory prayers,'" Oldham said. "Any comments made by Wiley Drake on this subject represent his personal views, not those of the Convention."
*
I cannot help but wonder how someone becomes as mentally and emotionally screwed up as is obviously the case with Mr. Drake. Here's a video of some of Drake's lunacy:*
Posted by Michael-in-Norfolk at Tuesday, August 25, 2009