LGBT Employment Protections Remain Few And Far Between in Virginia 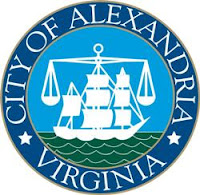 The Boston Edge has a story on the City of Arlington, Virginia's move to adopt a resolution calling for statewide employment non-discrimination legislation that would protect LGBT employees. While I welcome every baby step that brings Virginia into the modern age - kicking and fighting progress all the way, typically - the current patchwork of protections in a relatively small number of municipalities just doesn't cut it. Governor Kaine's Executive Order 1 (2006) appears worthless, although an appeal may reverse a circuit court ruling that found the Executive Order gave no protections to a fired gay employee, so government employees at the moment can only look for protection on a city by city basis. Norfolk STILL has no city ordinance that protects LGBT city employees. Virginia Beach and Williamsburg do have such policies, but again they only protect city employees. Most Virginians continue to have NO protection. One things is interesting to note, however: municipalities with such protections are more attractive sites for progressive businesses to relocate than backward municipalities such as Martinsville which has a 20% unemployment rate. Here are some highlights from the story:
*
In an unanimous vote on June 23, Alexandria became the latest Virginia municipality to pass a resolution to urge state lawmakers to pass ban anti-LGBT discrimination in the workplace. Jeanne Niebauer, director of the Alexandria Office of Human Rights, notes her city passed its Human Rights Code in 1975 that included protections against workplace discrimination. Sexual orientation was added in 1988. Neighboring Arlington and Blacksburg in the southwestern part of the state have passed similar resolutions
*
A July 28 email sent by Equality Virginia called for other local state governments to "sign a resolution supporting workplace non-discrimination." The group further noted "there are still many municipalities and cities in Virginia that we need to have formally state that they value being a diverse and inclusive community." Noting he feels the lack of a statewide non-discrimination law impacts everyone, Equality Virginia chief operating officer John Blair pointed out the state’s patchwork of non-discrimination laws protect different people in different ways.
*
"Some are protected a little, some not at all," he said. "The important thing about non discrimination legislation is it needs to be comprehensive." Niebauer pointed out her city’s action was taken specifically to help facilitate the codification of statewide law in 2010. "The resolution was brought about by the mayor and the city council mainly because Adam Ebbin (a member of the Virginia legislature) introduced a non discrimination bill pertaining to all state and local workers in Virginia," she said. "The bill did not pass, so jurisdictions like Alexandria approved resolutions to show their support."
*
Of course even if such a bill passes the General Assembly next year, private sector workers will continue to have absolutely no employment protections.
Posted by Michael-in-Norfolk at Friday, July 31, 2009