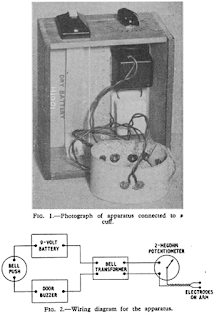 Opponents of gay rights - and the right of LGBT citizens to live their lives as God made them to be - ultimately derive all of their anti-gay beliefs and lies from fundamentalist religious dogma be it Christian, Islamic or something else. However, since their religious dogma based message of intolerance is increasingly unmarketable, they seek to cloth their prejudice and discrimination in a scientific smoke screen rather than admit their real agenda. A case in point is the National Association for the Research and Therapy of Homosexuality ("NARTH")which is fighting a rear guard action against the advance of medical and mental health knowledge which finds homosexuality to be part of the natural order of things. Jim Burroway at Box Turtle Bulletin looks at NARTH's latest sham "scientific work" that seeks to counter the likely American Psychological Association release of a report condemning attempts to change sexual orientation. NARTH's handiwork isn't pretty or scientific - unless one views religious based dogma as science - and indirectly endorses the use of electric shock therapy as a "successful" means of treating homosexuality. What amounts to a form of torture is endorsed so that NARTH can protect its lucrative niche of peddling snake oil to desperate parents and gays afflicted with religious based guilt. So too, NARTH wants to maintain the myth that sexual orientation is changeable in order to please its Christianist masters. Personally, in my opinion, the most tawdry prostitute has more class and integrity than the folks at NARTH. Here are some highlights from Jim's lengthy piece:
*
A group of anti-gay therapists known as the National Association for the Research and Therapy of Homosexuality (NARTH) are concerned that the Task Force isn’t sufficiently stacked with anti-gay activists, so NARTH sought to preempt the APA report by releasing a “journal” last June called the Journal of Human Sexuality.
*
As we said earlier,NARTH’s new journal contains just one 121-page article by James Phelan, Neal Whitehead, and Philip Sutton, titled “What Research Shows: NARTH’s Response to the APA Claims on Homosexuality.” NARTH brags that this article “examines over 100 years of professional and scientific literature as well as over 600 reports from clinicians, researchers, and former clients principally published in professional and peer-reviewed journals.” They described this effort as a new peer-reviewed study even though, as we already observed, it’s not new, not peer-reviewed, and not a study.
*
To try to make their case, Phelan, Whitehead and Sutton include just about everything but the kitchen sink regardless of its scientific merit. . . . PW&S dedicated some 14 pages to reports from various books and journals from 1882 through the 1970’s — a period when homosexuality was illegal and gays were regularly arrested and jailed, when they were prohibited from federal employment, and when they were even committed to psychiatric hospitals because the professional community regarded homosexuality as a serious mental illness. The literature from that period reflects those views, and this is the literature that NARTH believes is relevant to today’s discussion on attempts to change sexual orientation.
*
That last category — behavior therapies — is especially troubling. PW&S blithely gloss over what that often entailed, but a sharp eye can spot it pretty easily. Hidden in those three pages lies western psychiatry’s darkest stain: aversion therapy. . . . 1935 is when it all began. Dr. Louis W. Max of New York University published a paper in the March 1935 edition of The Psychological Bulletin describing an apparatus which would become an important part of efforts to change sexual orientation throughout the 1950s and 1960s, and even through 1980s. That notorious apparatus was designed to administer a powerful electric shock to the client whenever the client was experiencing what was considered an inappropriate erotic stimulus (i.e. viewing a picture of someone of the same gender whom the subject found sexually attractive).
*
Today we are justifiably horrified to imagine the suffering that thousands of gay men and women endured to try to rid themselves of their same-sex attractions (sometimes under court order or while confined to a psychiatric hospital), Phelan, Whitehead and Sutton thinks nothing of trumpeting the “successes” of this barbaric form of therapy in staking out their position.
*
As bad as electric shock aversion therapy was, it was mild when compared to another more extreme form of aversion therapy that was also being developed in the same period. This involved the use of emetics like apomorphine, powerful drugs which produces instantaneous and extreme nausea. Emetics were sometimes combined with other drugs to induce diarrhea. The subject was given the drugs and then shown pictures representing a “homosexual stimulus.” The idea behind this was that the patient would associate the “homosexual stimulus” with a gut-retching nausea.
*
It’s hard to imagine anyone pointing to that sort of legacy as justification for their own misguided policy aims. But that is exactly what NARTH has done.
*
Sadly, many of NARTH's gullible victims have no idea just how false and bogus their "research" is or how barbarically gays are treated. If animals were treated this badly, PETA would have a media circus descend on those involved. Yet NARTH gets away with this garbage time and time again because the mainstream media refuses to do some homework and expose the organizations fraudulent. God forbid - the Christianists might allege the media was anti-Christian. Meanwhile, NARTH continues to ruin lives and provide homophobes with some semblance of respectability if one doesn't look past the surface facade.
Posted by Michael-in-Norfolk at Thursday, July 30, 2009

Mike, on behalf of all sane straight people everywhere who care about and appreciate gay people for just who you are and expect nothing else, I apologize for all of the insanity and prejudice that you and other gays have to suffer at the hands of hateful and bigotted people of all walks of life. It's shameful.

What can you say about an organization such as NARTH? Plenty, and nothing good. The agenda of their so-called scientific work is quite obvious, as you point out. This is yet another reminder that a large segment of society still regards gay men and women (among various minorities) as second-class citizens - or worse. That is the salient point of my recently released biographical novel, Broken Saint. It is based on my forty-year friendship with a gay man, and chronicles his internal and external struggles as he battles for acceptance (of himself and by others). More information on the book is available at www.eloquentbooks.com/BrokenSaint.html.