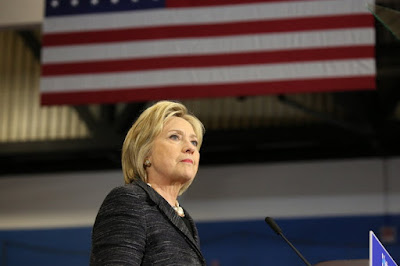 Yesterday's primary votes did nothing to slow down the Donald Trump juggernaut, but did seem to make it clear that Marco Rubio is to the point where exiting the race makes sense.  Another loss next week in Florida will seal his political coffin.   Frighteningly, that would leave the very scary Ted Cruz as Trump's leading opponent.  On the Democrat side, Bernie Sanders' slim victory in Michigan will be enough to keep him in the race although most do no see him winning the Democrat nomination - or able to win in November were he to get the nomination.  A piece in the New York Times summarizes the status of both races.  Here are highlights:


The story is getting familiar: Donald J. Trump won the biggest contests of the night, as Senator Ted Cruz of Texas captured the most conservative state up for grabs. Hillary Clinton kept a clear upper hand in the Democratic race, but Senator Bernie Sanders of Vermont proved he would not be driven away anytime soon.

Tuesday’s elections could have brought new clarity to the presidential primaries. Instead, they only seemed to confirm that both parties would probably settle their nominations by battling for delegates well into the spring.

Mr. Trump racked up several on Tuesday.   His successes in Hawaii, Michigan and Mississippi dealt a painful psychological blow to Republicans who had convinced themselves that his campaign was losing steam.   But Mr. Trump won, and he won big, with no obvious cracks in his support from disaffected, lower-income whites.

If Mrs. Clinton had crushed Mr. Sanders in Michigan, their contest might have been over in all but name. But his narrow win there ensures the fight will go on.

Yet in the bigger picture, the basic battle lines of the Democratic race have barely moved in weeks. In Michigan, Mr. Sanders dominated with young voters, independents and more affluent white liberals — his core constituencies all along.

The outcome in Michigan showed how difficult it could be for Mrs. Clinton to knock Mr. Sanders cleanly out of the race, but Mr. Sanders has still not attracted the kind of coalition that would make him a genuine threat to win the nomination.

It was a miserable, even disastrous night for Senator Marco Rubio of Florida. He finished fourth in Michigan and Mississippi, languishing in single digits and collecting no delegates from those states. He must fight for survival in his home state next week, where even an upset win might not rescue his campaign.

Mr. Rubio’s core problem is that he has claimed no distinctive space in the race. Exit polls showed that Mr. Cruz and Gov. John R. Kasich of Ohio have seized big pieces of the party’s right and left wings. Mr. Rubio has claimed no particular constituency at all.

While Mrs. Clinton won Democrats by 16 points, Mr. Sanders won independents, who made up less than a third of the electorate, by 42 points, according to exit polls.

There is nothing illicit about winning primaries with support from independents. But the collection of states that allow crossover voting have become a frustrating obstacle to Mrs. Clinton as she works to lock down the Democratic nomination, and a potentially crippling problem for Mr. Cruz as he tries to build a winning coalition against Mr. Trump.
Posted by Michael-in-Norfolk at Wednesday, March 09, 2016