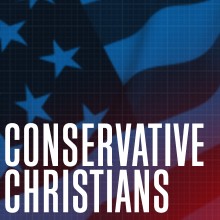 I have followed the propaganda and behavior of right wing Christians and "family values" organizations for a very long time and the general take away has been that no one is more full of hatred towards others and more likely to lie and be divisive than the "godly folk." Indeed, the more they wear their supposed faith on their sleeves, in general, the nastier and more dishonest they are. Now, with evangelical Christians rallying to Donald Trump's standard, some of the parasitic professional Christian class and pundits blinded by their own religious based psychosis like Rodd Douthat, a columnist for the New York Times, are shocked and are claiming that these trump followers are not "real Christians."  Why?  Because they are finally showing society and the world what some of us have known about conservative Christians for a long time: they are simply put not nice and decent people and they care nothing for the true Gospel message.  Rather, they cling to ugly passages in the Old Testament, are judgmental of others, and hate those who don't look and believe just as they do.  They are the perfect base for a demagogue like Donald Trump.  Here are excerpts from Douthat's self-deceptive column that tries to distance Trump followers from "real Christians":

Of all the reasons it once seemed unthinkable that Donald J. Trump might be the Republican nominee, one of the strongest was the G.O.P.’s reputation as the party of religious conservatives.

And yet: Despite his transparent irreligiosity, Trump has won easily across the South, one of the most religious portions of the country. Among both self-identified evangelicals and Catholics, he’s consistently polled as well as the evangelical Ted Cruz and the Roman Catholic Marco Rubio.

For conservative Christians who oppose Trump, these patterns have provoked a great deal of anguish. My fellow columnist Pete Wehner recently declared himself stunned that “my fellow evangelicals can rally behind a man whose words and actions are so at odds with the central teachings of our faith.” The prominent Southern Baptist spokesman Russell Moore has condemned evangelical leaders for being “scared silent as evangelicalism is associated with everything from authoritarianism and bigotry to violations of religious freedom.”

Such angst and soul-searching is warranted, as it is for just about everyone in the age of Trump. But some clarity is also needed about what it means, exactly, that Trump is winning religious voters.

What Trump is doing, then, isn’t so much co-opting conservative Christianity as exploiting its weaknesses and divisions. As with the wider conservative coalition, Trump is heightening conservative religion’s internal contradictions and fracturing it along pre-existing fault lines.

[A]mong Americans who do still have an active faith, Trump has exploited the widening gap between what many conservative Christians assumed about the relationship between their country and their faith, and what the last 10 years or more of social and political change have revealed about the nation’s drift.

If this is really a post-Christian society, they seem to be thinking, then Christians need to make sure the meanest, toughest heathen on the block is on their side. So it makes sense to join an alliance of convenience with a strongman, placing themselves under his benevolent protection, because their own leaders have delivered them only to defeat.


And the lure of the strongman is particularly powerful for those believers whose theology was somewhat Trumpian already — nationalistic, prosperity-worshiping, by turns apocalyptic and success-obsessed.

With the steady post-1960s weakening of traditional Christian confessions, the preachers of this kind of gospel — this distinctively American heresy, really — have assumed a new prominence in the religious landscape. Trump, with his canny instinct for where to drive the wedge, has courted exactly these figures.
[H]e’s wooed televangelists and prosperity preachers, and pitched himself to believers already primed to believe that a meretricious huckster with unusual hair might be a vessel of the divine will.

In the light of Trumpism, many hard truths about American Christianity — its divisions, its failures, its follies, its heresies — stand ruthlessly exposed.