Trump: The Demagogue that the Founding Fathers Feared 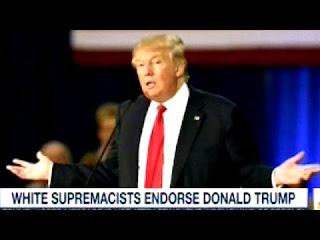 For the most part, the Founding Fathers feared too much power in the hands of any one part of government, hence the division of power between the executive, legislative and judicial branches of the federal government under the U.S. Constitution. They also feared demagogues and believed in an informed populous, with the First Amendment aimed at insuring freedom of speech and the press.  Sadly, now, much of the electorate is ignorant and uninformed and, within Republican circles, the embrace of ignorance is celebrated.  We have Americans who can recite all kinds of minutia about football teams and players - in my view, the modern equivalent of Roman gladiators whose purpose was to entertain the rabble - yet know little or nothing about current events, history, science and other things an informed voter should deem important.  A piece in the Washington Post looks at the sad state of affairs, particularly in the Republican Party which has pandered to ignorance and bigotry over the last few decades.  Here are excerpts:

As the unthinkable becomes likely, the question arises: Who is really to blame for Donald Trump?

The proximate answer is a durable plurality in the Republican primary electorate, concentrated among non-college-educated whites but not limited to them. They are applying Trump like a wrecking ball against the old political order. And it clearly does not matter to them if their instrument is qualified, honest, stable, knowledgeable, ethical, consistent or honorable.

But why has this group of voters cohered, while other elements of the Republican coalition have fractured?  Some blame compromised Republican leaders who have resolutely refused to do things — such as unilaterally overturning Obamacare — that they actually lack the constitutional power to do.

Or maybe, as reform conservatives have argued, Republicans have not adequately responded to 25 years of economic dislocation and wage stagnation — challenges faced by blue-collar families that simply don’t yield to a circa-1981 GOP agenda of tax cuts and deregulation.

The problem? All these same arguments were being made by the same people before Trump arrived on the scene. A new and unexpected development in U.S. politics has managed to confirm everything people already believed, suggesting that not much learning is taking place.

Whoever else might be implicated, it is necessary to say that Trump is to blame for Trump. The fact that he is appealing to understandable concerns does not make him a valid or responsible voice.

In a dangerous world, fear is natural. Cynically exploiting fear is an art. And Trump is a Rembrandt of demagoguery.

But this does not release citizens from all responsibility. The theory that voters, like customers, are always right has little to do with the American form of government. The founders had little patience for “pure democracy,” which they found particularly vulnerable to demagogues. “Men of factious tempers, of local prejudices, or of sinister designs,” says Federalist 10, “may, by intrigue, by corruption, or by other means, first obtain the suffrages, and then betray the interests, of the people.” A representative government is designed to frustrate sinister majorities (or committed pluralities), by mediating public views through “a chosen body of citizens, whose wisdom may best discern the true interest of their country.”

Trump is the guy your Founding Fathers warned you about.

With the theory of a presidential nominee as a wrecking ball, we have reached the culmination of the founders’ fears: Democracy is producing a genuine threat to the American form of self-government. Trump imagines leadership as pure act, freed from reflection and restraint. He has expressed disdain for religious and ethnic minorities. He has proposed restrictions on press freedom and threatened political enemies with retribution. He offers himself as the embodiment of the national will, driven by an intuitive vision of greatness. None of this is hidden.

The founders may not have imagined political parties as a check on public passions, but that is the role the GOP must now play — as important as any in its long history. It is late, but not too late. If he loses in Ohio and Florida on March 15, Trump may well be held below a majority of delegates at the Cleveland convention. And then this chosen body of citizens should play its perfectly legitimate role and give its nomination to a constructive and responsible leader.

Much of the  column is on point.  However, calls for the GOP as a party to do the responsible thing are, in view, out of touch with reality.  The GOP has nurtured and pandered to the very elements now rallying to Trump - oligarchs, religious extremists, racists, the ignorant, and malcontents - which have come to make up the majority of the party base.  Without the role of the GOP, the current threat would not exist.  Expecting the party to now rein in its Frankenstein monster is fantasy.
Posted by Michael-in-Norfolk at Friday, March 11, 2016