The Demise of the Christian Brand 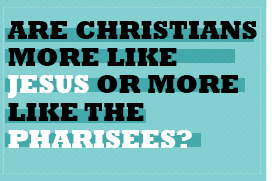 With more and more evangelical Christians flocking to the racist and neo-fascist banner of Donald Trump, focus is being brought to bear on what I have said for a long time now: conservative Christians are not nice or decent people.   Yes, there are good Christians, but most to the extent they exist tend to be of the more liberal denominations or Catholics who ignore the misogyny peddled by the Vatican.  Moreover, increasingly the term "Christian" is tied to the Christian Right and evangelicals themselves and the growing negative connotations decent people associate with the term.  Combine the evangelicals and the desire of the GOP to foster a reverse Robin Hood regime and one gets a truly toxic brew.  A column written by a psychologist I came across looks at how the evangelicals are killing both the Republican Party and the Christian brand itself.  Here are highlights:

A generation ago, the Republican Party realized that Evangelical Christianity could be a valuable acquisition. “Evangelical” had righteous, “family values” brand associations, the unassailable name of Jesus, the authority of the Bible, and the organizing infrastructure and social capital of Evangelical churches. Republican operatives courted Evangelical leaders and promised them power and money—the power to turn back the clock on equal rights for women and queers, and the glitter of government subsidies for church enterprises including religious education, real estate speculation, and marketing campaigns that pair social services with evangelism.

As in any story about selling your soul, Evangelical leaders largely got what they bargained for, but at a price that only the devil fully understood in advance. Internally, Evangelical communities can be wonderfully kind, generous and mutually supportive.

But today, few people other than Evangelical Christians themselves associate the term “Evangelical” with words like generous and kind. In fact, a secular person is likely to see a kind, generous Evangelical neighbor as a decent person in spite of their Christian beliefs, not because of them.

The Evangelical brand is so depleted and tainted at this point that Russell Moore, a prominent leader of the Southern Baptist Convention recently said that he will no longer call himself an “Evangelical Christian,” thanks—he implied—to association between Evangelicals and Trump. Instead he is using the term “Gospel Christian”—at least till the 2016 election is over. While Trump has received endorsements from Evangelical icons including Jerry Falwell, Jr. and Pat Robertson, other Evangelical leaders (e.g. here, here) have joined Moore in lamenting the deep and wide Evangelical attraction to Trump, which they say is antithetical to their values.

But how much, really, is the Trump brand antithetical to the Evangelical brand? Humanist commentator James Croft argues that Trump is what Evangelicalism, in the hands of the Religious Right, has become:

“The religious right in America has always been a political philosophy based on bullying, pandering, projecting strength to hide fear and weakness, and proud, aggressive ignorance. That’s what it’s been about from the beginning. Trump has merely distilled those elements into a decoction so deadly that even some evangelicals are starting to recognize the venom they have injected into American culture.”

Croft says that Pastors like Joel Osteen and Rick Warren use Jesus as a fig leaf “to drape over social views that would otherwise be revealed as nakedly evil.”

[T]he Evangelical brand problem is much bigger than Trump and his candidacy or the morally-bankrupt priorities and theocratic aspirations of fellow Republican candidates Cruz and Rubio. Evangelicals may use the name of Jesus for cover, but even Jesus is too small a fig leaf to hide the fact outsiders looking at Evangelical Christianity see more prick than heart.

Here is what the Evangelical brand looks like from the outside:

Evangelical means obsessed with sex. Evangelicals are so desperate to fend off their own complicated sexual desires and self-loathing that they would rather watch queer teens commit suicide than deal with their homophobia. They abhor youth sexuality and female sexual pleasure to the point that they have driven an epidemic of teen pregnancy, unintended pregnancy and abortion—all because accurate information and contraceptive access might let the wrong kind of people (young unmarried and female people) have sex for the wrong reasons (pleasure and intimacy) without suffering for it.

Evangelical means arrogant. Wheaton College put Evangelical arrogance on national display when administrators decided to suspend and then fire a professor who dared to suggest that Muslims, Jews and Christians all worship the same God.

Evangelical means fearful and bigoted. While more secular Europeans and Canadians offer aid to Syrian refugees, Evangelical Christians have instead sought to exclude Muslims.
Evangelical means indifferent to truth. Evangelicals refuse to acknowledge what is obvious to everyone else, including most other Christians—that the Bible is a human document woven through with moral and factual imperfections. Treating the Bible like the literally perfect word of God has forced Bible believers to make a high art out of self-deception, which they then apply to other inconvenient truths.

Evangelical means ignorant. The only way to protect creationism is to keep people from understanding how science works and what scientists have discovered. As evidence accumulates related to evolutionary biology, insulating children requires a constant battle to keep accurate information out of textbooks. Insulating adults requires cultivating a deep suspicion of science and scholarship, an anti-intellectualism that diffuses out from this center and defines Evangelical culture at large.
Evangelical means predatory. Evangelical missionaries prey on the young and ignorant.
Evangelical means mean. Opposing anti-poverty programs, shaming and stigmatizing queers, making it harder for poor women to prevent pregnancy, blaming rape victims,diverting aid dollars into church coffers, threatening little kids with eternal torture, supporting war, denying the rights of other species, . . . need I go on?

Laid out like this—sex-obsessed, arrogant, bigoted, lying, greedy, ignorant, predatory and mean—one understands why a commentator like Croft might say that Trump is Evangelicalism. But reading closer, it becomes clear that Trump and Cruz and Rubio are not the problem.

Despite the best efforts of reformers like Rachel Held Evans, the Evangelical brand is toxic because of the stagnant priorities and behaviors of Evangelicals themselves.

It's a good analysis, in my view.  One can only hope that the demise accelerates and that the much deserved death of Christianity does not inflict too much harm on the rest of society in the process.
Posted by Michael-in-Norfolk at Sunday, March 06, 2016