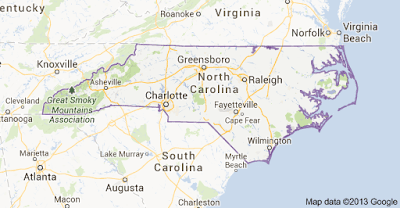 Not surprisingly, the ACLU and Lambda Legal have announced that they will be filing suit against the state of North Carolina seeking to have HB 2 struck down.  Given the similarity between what HB 2 does and what was attempted in Colorado in the early 1990's that lead to the Supreme Court ruling in Romer v. Evans, the bill's life should be short lived.  Towleroad provides some details.  Here are highlights:

The draconian bill not only overturned Charlotte’s LGBT ordinance, but banned all LGBT nondiscrimination ordinances statewide and also prohibited local municipalities from setting the minimum wage higher than the state.

The lawsuit is being filed in the U.S. District Court for the Middle District of North Carolina on behalf of several organizations and individuals who will be harmed by the law, according to a press release from the organizations.

Other anti-transgender measures have failed recently in South Dakota and Indiana. Close to 200 bills that authorize discrimination against LGBT people have been introduced in state legislatures across the country since January 2016.

Seemingly, Republican self-prostitution to the Christofascists knows few limits.  Meanwhile, a number of friends have indicated that they plan to cancel plans to travel to the state and will be boycotting North Carolina based businesses, including Food Lion, and moving bank accounts from North Carolina based banks.
Posted by Michael-in-Norfolk at Monday, March 28, 2016