Why the Brussels Attack Could Backfire for ISIS 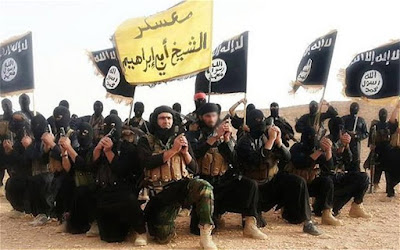 While the extremists of ISIS want to depict their atrocities and genocide as a battle to protect Islam from the western world - and by extension, modernity, which threatens its Medieval religious dogma - some believes it attacks on the West, most recently in Brussels, could backfire.  Indeed, while ISIS wants a war of civilizations for recruitment purposes, if it gets its wish and the West unifies and becomes more willing to use military force, ISIS losses in the Middle East could well increase.  A piece in Slate looks at how ISIS may be unwittingly sowing the seeds for its ultimate destruction. Here are excerpts:

On the surface, the gains of an international attack like Brussels outweigh the risks. For a highly ideological group like ISIS, the Belgian deaths strike a blow to the West, fulfilling the group’s mission of taking the battle to the enemies of Islam. And such attacks counter the considerable losses the Islamic State has taken in Iraq and Syria.

Such battlefield losses move the Islamic State ever further from “consolidating and expanding” the dystopian state it hopes to build. Since declaring a caliphate in 2014, Abu Bakr al-Baghdadi and other ISIS leaders have trumpeted their creation of a state. And by taking over an area the size of Great Britain, they’ve achieved more than any other modern jihadi group. Military losses make a mockery of this claim and strengthen the appeal of its al-Qaida rival, which has criticized the declaration as premature. As the state shrinks rather than expands, ISIS must show its followers it is fighting.

Indeed, spectacular and bloody attacks like Brussels can win the group recruits in both Europe and the Arab world. A small but significant portion of European Muslims feel alienated and bitter toward their home countries, and the recriminations and stepped-up security after each attack make this problem worse. More than 5,000 European Muslims have traveled to Syria to fight with ISIS and other jihadis.

Going international, however, often works out poorly for terrorist groups. Algerian terrorists in the 1990s found that attacks in France backfired, leading a once-skeptical West to favor the Algerian regime and increase France’s support for the government the terrorists were fighting. ISIS may discover similar problems. For one, the more global the threat, the more likely it is to grab the attention of the United States and its potent military and intelligence services. Jihadis not affiliated with al-Qaida criticized Osama Bin Laden after 9/11 because it led to U.S. intervention into what had once been local struggles and also greatly expanded aid to governments in the Middle East. As the jihadi strategist Abu Musab al-Suri lamented, the 9/11 attacks cast “jihadists into a fiery furnace … A hellfire which consumed most of their leaders, fighters, and bases.”

The Obama administration has moved cautiously in Iraq and Syria so far, but each attack in the West increases, or at least sustains, pressure on U.S. leaders to step up. It also makes it more likely that the West will target Islamic State provinces in places like Libya and Sinai, even when the group is not currently targeting Europe or the United States: Better to hit them hard than wait too long will be the thinking.

The attacks also lead to further security crackdowns on jihadi networks in Europe. Such losses do more than hinder the Islamic State’s ability to do future terrorist attacks. The group relies heavily on foreign fighters for its military operations, and crackdowns on its European network reduce an important source of suicide bombers and other operatives.

Because of these likely Western responses, the Islamic State’s international attacks risk substituting tactical gain for strategic loss. Attacks in the West will set back the Islamic State’s state-building imperative, in particular. Strikes in Brussels or other Western cities will hurt the Islamic State’s enemies and excite its followers but will not lead the group to victory.