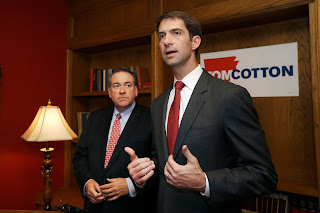 Facts and objective reality mean nothing to the base of the Republican Party, especially the deranged Christofascist and Tea Party elements.  Now, they don't mean anything to a frightening number of GOP elected officials in Congress.  Nor does any form of knowledge of actual history.  Had Bush and Cheney and their neo-con advisers done even a small amount of historical review, they would have known that the Iraq War as they envisioned it was a fantasy.  Now, similar ignorance fuels the GOP claim that the Iran nuclear deal is another Munich, referring to the betrayal of Czechoslovakia in 1938 when Germany was ceded parts of that country with no demands or concessions in return.  A piece in Huffington Post looks at the false comparisons being made by Republican demagogues.  Here are highlights:

[T]he rhetorical matching of the Iran accord with the 1938 Munich conference doesn't withstand scrutiny. That Iran is not analogous to Munich is clear from the following:

First, Munich was about altering Europe's map. Vienna isn't about geographical changes; its focus is arms control, a subject not on the Munich agenda.

Second, at Munich, Hitler gave up nothing - no territory, no weapons. He successfully procured Czechoslovakia's dismemberment because the conferees agreed to force that nation to cede the Sudetenland to the Nazis. Czechoslovakia wasn't even a conference participant.

Third, the Munich conference didn't address the accelerating buildup of Germany's vast military machine whereas the Iran accord significantly reduces that country's capability to produce a nuclear weapon by requiring that it cease pursuing a plutonium bomb; that it redesign and rebuild the Arak reactor so it will not produce weapons-grade plutonium; that the original core of the reactor, which would enable the production of weapons-grade plutonium, be rendered inoperable. Furthermore, its spent fuel is to be shipped out of the country.

Finally, unlike Munich, which placed no international inspectors in Nazi-occupied territories, this agreement relies on an unprecedented level of intrusive international inspection, not on unverified trust that critics falsely assert is inherent in the deal. Iran agreed to international inspectors having access "to the entire supply chain that supports Iran's nuclear program" according to a presidential statement released in April. Tehran's acceding to this degree of foreign inspectors on its territory is neither a partial nor "a total cave" by our administration, as Kirk has foolishly said. Clearly, Wendy Sherman got a lot more from Iran's negotiators than Chamberlain got from Hitler!

It's been made clear that Washington's holding out for increased sanctions and/or requirements not tied to the nuclear weapons issue - which is what so many hardliners here were demanding -- would have cost us the support of our negotiating partners and likely doomed this diplomatic effort. Such a development would have isolated us from our partners, much as failure to join the League in 1920 isolated us from Europe, and it would have increased tensions in the Middle East much as our withdrawal 95 years ago helped direct the world toward another war. Iran would have resumed its nuclear ambitions unhindered by international law and the strong international alliance formed against it.

July's Iran nuclear deal stands as one of the most significant foreign policy achievements of this or any recent administration. It rejects a Munich replication and builds on the lessons of Versailles while eliminating many of its pitfalls.

I suspect - or at least hope - that most Republicans know what actually happened at Munich and, like their Christofascist allies, are simply lying and hope that many Americans are simply too stupid to realize that they have been played for fools.
Posted by Michael-in-Norfolk at Sunday, September 13, 2015