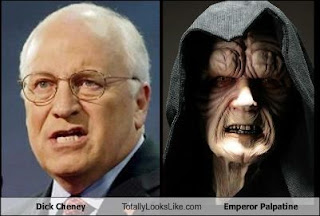 One of the ironies about the far right is that it is in many ways hastening its own destruction through its extremism and intransigence to change.   The Christofascists, while demanding special rights and displaying the ugly hatred at the core of their theology, are speeding the exodus of the younger generations from religion entirely (and more older folks are following suit as well).  And on foreign policy where the GOP and the Christofascists and Tea Party lunatics seem to want endless war - they always ignore the squandered American lives and squandered billions of dollars - they helping drive moderates and sane individuals to the Democrats.  Killing Muslims may take the Christofascists and their GOP political whores to near orgasm, but decent people are increasingly repulsed.  A piece in Slate looks at how the GOP helped insure the approval of the Iran nuclear power deal.  Here are excerpts:

This was a great week for the White House.

A month ago Democrats were working to stop a GOP-penned resolution of disapproval against President Obama’s nuclear agreement with Iran. . . .  it would restrict his ability to lift sanctions on Iran, and potentially threaten the deal itself, as allies questioned U.S. commitment to the agreement.

On Thursday, however, that changed. When the resolution came for a vote, 42 senators voted to filibuster and keep it from the Senate floor. Democrats didn’t just save the deal; they blocked the GOP altogether. It was a huge win, and the administration wasn’t shy about its success. “This vote is a victory for diplomacy, for American national security, and for the safety and security of the world,” said Obama.

[W]e shouldn’t ignore the extent to which it [the White House] had a huge ally in persuading Democrats to stand with the deal. Namely, the Republican Party.

Republicans could have capitalized on the division, running against the deal while offering an alternative and showing—in word and deed—that this was about the policy, not the president. . . . . considered opposition could have peeled away enough Democrats from the administration to win the legislative battle and jeopardize the deal. Instead, Republicans jumped to hyperbole.

The apex of this criticism came Tuesday, when former Vice President Cheney slammed the agreement in the fiercest words possible. “I know of no nation in history that has agreed to guarantee that the means of its own destruction will be in the hands of another nation, particularly one that is hostile,” he said.


None of this scared Democrats into voting against the deal. Instead, it was evidence that this fight was irreducibly partisan, with no chance of a compromise or détente. Cautious Democrats—like Sens. Ron Wyden of Oregon or Cory Booker of New Jersey—had two options: They could sign on with Cheney and the GOP, or they could bolster the president. They chose the latter, and handed Obama a victory that wasn’t guaranteed.


Again and again, the GOP’s great obstacle—and Democrats’ great ally—is itself. Its intransigence might win elections—Obamacare helped the GOP win the 2010 midterms, and Republicans hope that Iran will do the same for 2016—but it comes at a cost: policy that’s more liberal than the alternative. And while there’s still time to turn the tide, it’s running out. If Democrats win another four years in the White House, they can turn Obama’s changes into a new and durable status quo.

Posted by Michael-in-Norfolk at Sunday, September 13, 2015