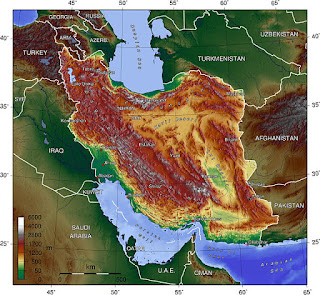 Whether it was out of a desire to play to the open racism of the GOP base as embodied in opposition to everything Obama, to delight the Christofascists who see war with Iran with near orgasms at the thought of killing Muslims, or pandering to the defense industry and companies like Halliburton who are profiteers in wartime, the GOP carnival barkers candidates could not say enough bad things about the Iran nuclear deal last night.  Whether or not what they said was true or in touch with reality, of course, did not matter given the primary voter audience that was the real target of last night circus.  A piece in Slate fact checks the GOP claims - something that will never happen on Fox News, a/k/a Faux News.  Here are article excerpts:

Not surprisingly, the recently negotiated nuclear agreement with Iran was a major topic of conversation at Wednesday’s GOP debates, but a lot of specifics appeared to get lost in the back-and-forth among the candidates. So who was stretching the truth, getting things right, and making stuff up? Here’s some context for the claims made on the stage at the Reagan Library.

The U.S. isn’t spending $100 billion on anything. According to the Treasury Department, Iran will recover roughly $100 billion of its own money that has been piling up in international banks due to sanctions. Once the International Atomic Energy Agency verifies Iran is complying with the deal, it will be able to access that money.


Claims that the deal will accelerate or slow Iran’s nuclear program are unprovable, but for what it’s worth, quite a few prominent scientists and former military officers think it’s the best way to prevent an Iranian bomb.

If they cheat, we slap the sanctions back on. If they help Hamas, we slap sanctions on, and if we find out they may be developing a nuclear weapon, the option is on the table.

Kasich suggested in his answer that while he believes in the utility of negotiating with hostile foreign governments and would keep the deal, he doesn’t like it, though it’s not entirely clear why. Kasich’s pledges to reimpose sanctions if necessary sound a bit like the “snapback” mechanism included in the deal, which would allow U.N. sanctions to be reapplied, without a vote by the Security Council, if Iran is found to be cheating. The reference to Hamas is misleading, as the deal doesn’t lift sanctions on Iran related to its support for terrorist groups and, as GOP critics have frequently pointed out, doesn’t require Iran to cease that support.

This president allowed Iran to get closer and closer. I would love to play cards with this guy because Barack Obama folds with everything on Iran.

If Walker means that Iran is getting “closer and closer” to acquiring a nuclear weapon, that contradicts the IAEA, which has stated that Iran is complying with the interim deal negotiated in 2013 and has halted much of its enrichment activity.

We need to re-establish our commitment to Israel, which is tattered and we make sure they have the most sophisticated weapons to send a signal to Iran that we have Israel's back.

The government-to-government political relationship has undoubtedly gotten rockier under Barack Obama and Benjamin Netanyahu, but U.S. aid to Israel has continued to increase and will amount to $3.1 billion this year.

To give them this agreement, that the president treats like the Magna Carta but Iranians treat like toilet paper and we must simply make it very clear that the next president, one of us on this stage, will absolutely not honor that agreement and will destroy it and will be tough with Iran because otherwise, we put every person in this world in a very dangerous place.

This is mostly a matter of opinion, but it’s hard to see how tearing up a deal would make Iran less likely to try to develop a nuclear weapon.

I've never seen anything like it. One of the worst contracts I've seen.

Not surprisingly, none of the GOP candidates said a word about the largest financier of Islamic terrorism: Saudi Arabia.
Posted by Michael-in-Norfolk at Thursday, September 17, 2015