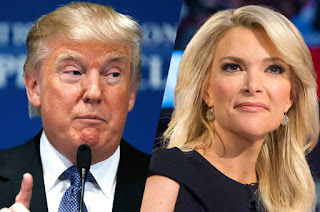 I continually bemoan the irresponsibility of the mainstream media and it's insistence on engaging in "balanced" reporting even when the end product ends up more as fiction writing or GOP propaganda.  The GOP has benefited tremendously  from this refusal to admit that the GOP has ventured into the realm of insanity.  Whether the phenomenon is due to a desire to pretend that America still has a functioning political system or a reluctance to attack the GOP lunacy since much of it traces to the :godly folk" - the media never wants to paint the true picture of "conservative" Christian extremists - the end result is that the nation is being severely harmed.  As noted many times here, if the media had done its job and not become the simpering lap dog of Bush/Cheney, the Iraq War could have been avoided.   A piece in Salon looks at the consequences of the mainstream media not doing its job.  Here are highlights:


[I]f the media—especially the dominant elite media—really wants to know who’s responsible for Trump’s rise, one place they should start looking is right in their bathroom mirrors.

I know, I know. Trump is a clownish figure far removed from the sort of seriousness they strive to cultivate. Surely they can’t be blamed for him, right?

Wrong. Here’s why: As Congress returns, there’s a looming threat of yet another government shutdown. Once unthinkable, then disastrous when Gingrich introduced them, shutdown threats have become a part of normal politics in the Obama era, thanks in large part to “balanced” journalism, which has helped to reframe them as normal, if perhaps a little bit risky—and therefore, a bit titillating. With a large part of the GOP buying into this fantasy view of how politics works, they were at first content to vent their hatred primarily on President Obama and congressional Democrats, but now their anger has widened to the entire political class—which is actually well deserved, in a way. But it’s not just the GOP politicians who egged them on who are to blame—the “balanced” media played a starring role as well.

When the whole political system gets pulled for years in the direction of government-by-temper-tantrum—and the media treats it as perfectly normal—it really should not be so surprising when an intemperate blowhard like Trump suddenly shows up to steal the show.

The “balanced” media has promoted this dysfunction around government shutdowns in at least three distinct ways: First, the media presents the shutdown shorn of historical context, with no indication of how radical, novel or one-sided it is, or of how it relates to a broader range of related radical and novel right-wing strategies, or to the dramatic underlying rightward shift of the GOP in Congress . . .

Second, the media adopts a “balanced” approach to reporting on the prospects of a shutdown, and the shutdown itself. It seeks to place blame on both sides . . . regardless of how inaccurate this is. This falsely balanced reporting works in favor of the absolute worst actors—always giving them the “benefit of the doubt,” and against those who are most public-minded . . .

Third, the media “balances” any residual negativity that the shutdown perpetrators might be left with stories intended to cast the other party—the Democrats–in an equally bad light. The media’s months-long obsession over problems with the Obamacare website filled this function perfectly.

I wrote a story identifying “nine distinct bodies of evidence” contradicting the “both sides did it” narrative:


(1) The longstanding GOP fixation on shutting down the government.
(2) The GOP’s creation of the shutdown crisis by blocking the budget reconciliation process.
(3) The emergence and evolution of the incoherent Ted Cruz/Tea Party plan to force a shutdown over ‘Obamacare’.
(4) The record of prominent Republican politicians and others who repeatedly warned against forcing a government shutdown.
(5) The contrary historical record of some Republicans downplaying the severity of the shutdown.
(6) The record of drastic Democratic budget concessions embodied in the “clean continuing resolution” which House Republicans rejected.
(7) The polling evidence that only GOP base voters are opposed to political compromise—and are indifferent to crisis.
(8) Evidence that GOP base intransigence drives policy.
(9) The framework of American legislative history.

There were stories here and there in the press touching on all of the above, but because of the ideologically driven commitment to “balance,” they were kept isolated and atomized, never consolidated into a coherent picture of what was actually going on at the time. And for good reason: the GOP wanted a shutdown, and the public overwhelmingly did not.

[T]he GOP had severely damaged itself, and stood a very real chance of losing control of the House in the 2014 midterms. The shutdown strategy had proved itself to be a disaster. It should have thoroughly discredited all who had argued for it, and all the thinking that led to it. That’s the clear lesson that should have been drawn. But then the “balanced” media got to work, and all the the above was swiftly negated—not just forgotten—by media’s “balanced” shift of attention to the problems with the Obamacare website.

The short-term result of that was that it protected the GOP from suffering any consequences for the shutdown. In the 2014 midterms, this meant not only holding the House, but taking over the Senate as well.

Karma, however, is a bitch. The long-term results are now showing up in the form of the Trump campaign’s dominance, and the crumbling of more “mainstream” “responsible” conservatives—not just Jeb Bush, but the entire suite of governors and ex-governors . . .

[T]his “balanced” coverage removed all cost for the GOP’s extremism: They didn’t have to be for anything, they could just be against, and not suffer any consequence for the pain they caused. But, at the same time, they didn’t accomplish any of the impossible things they had promised.

Posted by Michael-in-Norfolk at Monday, September 14, 2015