The Next Culture War 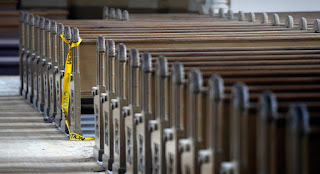 I generally disagree with much of what David Brooks, conservative columnist for the New York Times has to say on most issues and I am well aware that he has signed on to speak before ultra-far right groups and has claimed ignorance when confronted with their homophobia and other nasty beliefs and agendas.  Once in a while he does get it right and in a column in the New York Times today, he gives good advice to the Christofascists on how they ought to move forward in the aftermath of last week's historic gay marriage ruling.  Will the leaders of "family values" a/k/a anti-gay hate groups, and right wing pastors heed his advice?  Most likely not, because their is more money to be raised by playing on the wholly unjustified persecution complex of their followers.  groups.  The net result will ultimately be an acceleration of Christianity's death spiral in America.  Here are column highlights:

Christianity is in decline in the United States. The share of Americans who describe themselves as Christians and attend church is dropping. Evangelical voters make up a smaller share of the electorate. Members of the millennial generation are detaching themselves from religious institutions in droves.

Christianity’s gravest setbacks are in the realm of values. American culture is shifting away from orthodox Christian positions on homosexuality, premarital sex, contraception, out-of-wedlock childbearing, divorce and a range of other social issues. More and more Christians feel estranged from mainstream culture. They fear they will soon be treated as social pariahs, the moral equivalent of segregationists because of their adherence to scriptural teaching on gay marriage. They fear their colleges will be decertified, their religious institutions will lose their tax-exempt status, their religious liberty will come under greater assault.
The Supreme Court’s gay marriage decision landed like some sort of culminating body blow onto this beleaguered climate.
Most Christian commentary has opted for another strategy: fight on. Several contributors to a symposium in the journal First Things about the court’s Obergefell decision last week called the ruling the Roe v. Wade of marriage. It must be resisted and resisted again.

These conservatives are enmeshed in a decades-long culture war that has been fought over issues arising from the sexual revolution. Most of the conservative commentators I’ve read over the past few days are resolved to keep fighting that war.


I would just ask them to consider a change in course. Consider putting aside, in the current climate, the culture war oriented around the sexual revolution.

Consider a different culture war, one just as central to your faith and far more powerful in its persuasive witness.

[T]he sexual revolution will not be undone anytime soon. The more practical struggle is to repair a society rendered atomized, unforgiving and inhospitable. Social conservatives are well equipped to repair this fabric, and to serve as messengers of love, dignity, commitment, communion and grace.

Besides their bizarre  obsession with sex, the Christofascists will not follow this proposed course for another reason: many of the neighborhoods and people in need of the efforts Brooks proposes are black and minorities, and in the last analysis, many Christofascists are also racists.  They won't help those really in need.  Instead they will squander money on more lavish churches and salaries for their foul leaders to who actually livin out the Gospel social justice message is anathema..