The Religious Right’s Big Lie About the Founding of America 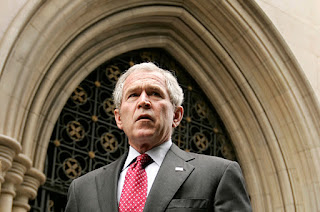 As regular readers know, I view little or nothing that comes from the lips of the Christofascists as being true.  Seemingly, any and every lie is acceptable as long as it furthers their theocratic agenda and effort to force their views and beliefs on all Americans - an effort that, thankfully, seems to be failing more and more.  In the wake of the Obergefell ruling on Friday, we can expect an increasing number of lies to come from the lips of the "godly folks" as they seek to (i) deny the reality that they are ignorance embracing, hate-filled bigots, and (ii) claim that it is everyone else who has it wrong on social issues and even American history.  One of their favorite lies is that America was founded as a "Christian nation" when the reality is the total opposite.  As they become more and more marginalized in society, its likely that they will go into overtime disseminating such lies.  A piece in Salon looks at their lie about America's founding (and the obvious need to teach more accurate history in our schools).  Here are excerpts:


One of the more popular and enduring accounts of America’s past is that of its religious founding. Belief that the British-American colonies were settled largely by religiously devout people in search of spiritual freedom, that the United States government was founded in part on religious principles, that the Founders intended to create a “Christian nation,” and that America is a specially chosen nation whose success has been directed by divine providence has resonated in the national psyche for generations.

According to a 2008 study by the First Amendment Center, over 50 percent of Americans believe that the U.S Constitution created a Christian nation, notwithstanding its express prohibitions on religious establishments and religious tests for public office holding.

[N]o modern politician drew more  allusions to the nation’s religious  heritage than did George W. Bush. A conservative evangelical, Bush frequently revealed  his belief in America’s Christian origins,  once affirming  that “[o]ur  country was founded by men and women  who realized their dependence on God and were humbled by His providence and grace.” The Founders did more than simply acknowledge their obligation toward God, however; for Bush, America  was specially chosen, “not because we consider ourselves a chosen nation” but because “God moves and chooses [us] as He wills.”

As historian Richard  T. Hughes has written about Bush, in his embrace of the myth, Bush “thoroughly confused the Christian view of reality with the purposes of the United States.”

Such rhetoric usually receives a pass from the mainstream press, perhaps because of its ubiquity. . . .
religious declarations by politicians perpetuate the impression that America was specially ordained by God and that the nation’s governing documents and institutions reflect Christian values.

Ever since the nation’s bicentennial, conservatives have raised claims about America’s Christian heritage in their efforts to gain the moral (and political) high ground in the ongoing culture wars. These arguments take on several forms, from asserting that the Founders relied on a pervasive Calvinist ideology when crafting notions of republicanism to claiming that the Founders were devout Christians and were guided in their actions by divine providence.

A plethora of books have been published that attest to the Founders’ religious piety and to their belief about the role of religion in civil government. Although these books are usually weak on historical scholarship, they project a degree of authority by frequently  “disclosing” previously “unknown” historical data, purposely ignored (allegedly) by professional historians.

Connected to this central theme is a second common claim: that scholars, judges, and the liberal elite have censored America’s Christian past in a conspiracy to install a regime of secularism.

One scholar sums up this overall phenomenon: . . . .  Driven by the belief that separation of church and state is a myth foisted upon the American people by secular courts and scholars, defenders of Christian America historiography claim they are merely recovering accurate American history from revisionist historians conspiring to expunge any remnant of Christianity from America’s past.

[M]ost scholars vigorously dispute religionist claims about the “centrality of religious ideas” behind the Revolution, of the “fact of a substantial spiritual dimension to our founding,” or that “Revolutionary-era political thought was, above all, Protestant inspired.”

This renewed [Christofascists] attention to the nation’s Christian foundings has not gone unnoticed by sympathetic politicians and officials, such as the members of the Texas State Board of Education, and conservative judges such as William Rehnquist, Antonin Scalia, and Clarence Thomas. This narrative has impacted the content of social science curriculum in Texas schools and the judicial interpretation of First Amendment jurisprudence.

The foregoing is excerpted from “Inventing a Christian America: The Myth of the Religious Founding” by Steven K. Green. Published by Oxford University Press. Copyright 2015 by Steven K. Green. The take away is that there is an ongoing deliberate, insidious effort to subvert accurate history to further the Christofacists' agenda and to give special deference to their warped and toxic form of Christianity.  This effort needs to be combated and the lies confronted head on.  When you hear someone parroting Christofascist  lies, challenge them and use the writings of Jefferson and others to show the lie that they are promoting.