How the Bible Was Re-Written to Condemn Homosexuality 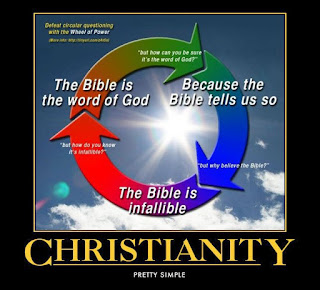 In the wake of last week's marriage ruling, we are seeing a resurgence of homophobia and bigotry justified by citations to the Bible.  Invariably, the bigots claim the Bible is the "inerrant word of God" and "God's law."  As noted in numerous previous posts, there is much that we don't know - e.g., who really authored its books - one thing that we do know is that the versions in circulation likely bear little or no resemblance to the original texts.  Over the centuries, the Bible has been revised and re-written to further the agendas of factions within the Catholic Church vying for power, control, and of course, money.  Sadly, these vying agenda were more important to the revisers than necessarily remaining true to the original texts. A piece in Gay Star News looks at some of the deliberate re-writes made in order to condemn and attack gays and same sex love.  Here are some excerpts:

We’ve a lot to celebrate this pride season. The Irish have voted to extend marriage to same-sex couples, Greenland too, and across the US anti-gay laws have been droping like popsicles in the sun – with the highlight being the Supreme Court decision to legalize same-sex marriage nationwide.

Some of equality’s most vocal opponents have been Christian churches and organizations. Right-wing evangelicals, Orthodox patriarchs, African bishops maintain the Bible is intrinsically anti-homosexual.

They say it clearly condemns homosexuality as a sin, an abomination, even that Jesus hated gays. But do the Biblical sources say these things?

In the tens of thousands of verses that make up the Bible, ‘homosexuality’ is, for the sake of argument, mentioned six times.

These brief but much quoted passages are by no means clear and would have been lost amid the enormity of wider Biblical narratives were it not for a determined anti-homosexual agenda.

First up, there’s the conflation of homosexuals with ‘Sodomites’, the inhabitants of the city of Sodom destroyed by God in Genesis. Early Church commentators, such as the fourth century Patriarch of Constantinople, John Chrysostom, interpreted Sodom’s sin to be specifically homosexual acts, which, incidentally, he believed were ‘worse than murder’.

Yet whenever Sodom’s actually mentioned in the Bible it’s only in the context that the Sodomites, suspicious of strangers, sought to do violence towards them.
Passages in Deuteronomy, Leviticus and Paul’s first letter to the Romans routinely get trotted out as evidence of God’s murderous intent.

But the surprising truth is that early Christian translators of the Bible sexed up these texts. They inserted, omitted and mistranslated words and phrases in order to bulk up a case for persecution.

A recent translation of Deuteronomy reads ‘there shall be no… sodomite of the sons of Israel’. But the original Hebrew does no such thing. It referred to something like ‘sacred male prostitutes’ – men who engaged in orgiastic sex rituals with people of either sex among Israel’s non-Jewish neighbors.

Leviticus 18.22 has always been the great stumbling block for Christians.  . . . . the Hebrew reads ‘[y]ou shall not lie with a male on the bedding of a wife; it is a despised thing’. Quite right too, shagging your boyfriend on your wife’s bed would be bad form!

The only source of anti-homosexual rhetoric in the New Testament is the writings of Paul, specifically the first letter to the Corinthians and, more extensively, Romans I.

The Gospels are, crucially, silent on the matter.

The Greek text of Corinthians says that ‘the corrupt, and men who lie with men’ will not inherit the Kingdom of God.  But a version in Aramaic, a language commonly spoken among Jews and Gentiles in the Middle East, reads ‘the corrupted, and those who rape men’, a significant reversion. Most likely, Paul was condemning coercive same-sex acts not homosexuality.

Put simply, modern Christian homophobia is based on manipulations of the original Bible

But what about positive Biblical accounts of same-sex relations, like the love between David and Jonathan? And is Christ entirely silent on the issue?  What about his healing of the Centurion’s beloved servant? Or his opinion in Matthew that men ‘who were born that way’ shouldn’t marry?
Well these too were subject to textual revision in Greek and Latin translations to play down their significance or render them ‘Platonic’.

The Gospels’ silence cannot be construed as ‘being gay is a sin’. It doesn’t mean Jesus hates gays. As the Canterbury glass shows, it was anxiety over the old religions and their comfortable relationship with sex and sexuality that prompted the early church fathers.

So they turned to drafting Imperial edicts which, by the end of the fourth century, had effectively criminalized same-sex relationships, including same-sex marriage, to one of the worst crimes in history.  Stamp out same-sex love and you’ll stamp out rival cults.

For centuries this dogma has triumphed over truth, the alterations to the original Biblical texts became the word of God, and that forgery is still being used to persecute LGBTI people from Moscow to Mombasa.

Candidly, when I hear some "godly Christian" spouting off on the Bible's inerrancy, I at times find it difficult to refrain from asking them why the haven't had "I'm an idiot" tattooed on their foreheads.  Only an idiot should still believe that the Bible is the "inspired word of God."  It is a corrupt work of fallible men who had as the main objective wrenching power, control and money from rival cults.

"I at times find it difficult to refrain from asking them why the haven't had "I'm an idiot" tattooed on their foreheads. "


“You shall not make any cuttings in your flesh for the dead, nor tattoo any marks on you: I am the Lord,” Leviticus 19:28.

Which, like not committing the abomination of eating bacon cheeseburgers, is yet another sin blatantly ignored by fundamentalists, especially those living in the former slave states of the Confederacy.