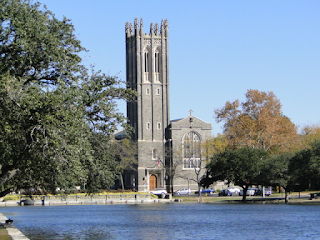 Again leading the way among mainline denominations, the governing bodies of Episcopal Church USA have adopted resolutions establish same sex wedding liturgies.  The move will no doubt drive a further wedge between the church in America and ignorance embracing churches within the Anglican Communion, particularly in Africa where ignorance and bigotry are worn as a badge of honor.   Towleroad looks at this welcomed development.  Here are highlights:

The Episcopal Church voted late Wednesday to adopt two new liturgies on a trial basis that aim to enable same-sex couples to marry in the church. The Church had convened in Salt Lake City to discuss the question of same-sex marriage. Today’s vote is the beginning of a process that if continued would amend the Episcopal Book of Common Prayer and require action from two successive General Conventions.


The two liturgies, which were in Resolution A054, include a gender-neutral version of the current marriage service in the 1979 Book of Common Prayer, as well as a version of a liturgy that was approved in 2012 for blessing same-sex unions that now also provides vows of marriage. These rites do not refer to “man and woman” or “husband and wife,” but instead use “these persons” or “the couple” to refer to the two people being married.

Bishop Gene Robinson, famous for being the first openly gay bishop in the church, was present for today’s debate:


“I think it is time for us to do this,” [he said]. He disagreed with Bishop Edward Little of Northern Indiana that the church’s love and respect for gay and lesbian people was made clear in the Rite of Baptism. “We wouldn’t have been clawing our way into this church if that was true,” he said.

Late yesterday the House of Deputies likewise passed the resolutions by a wide margin.
Posted by Michael-in-Norfolk at Thursday, July 02, 2015