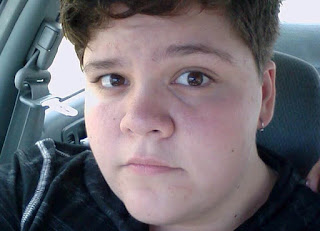 As noted, the husband and I had the pleasure of meeting and getting to know Gavin Grimm, a transgender male high school student in Gloucester County, Virginia - Gloucester is across the York River from Yorktown - a week ago this past Monday at an event at our home.  In the process we heard of Gavin's plight with the Gloucester County public schools after "a concerned community member" complained about Gavin's use of the boys' rest room facilities.   To date the identity of this "concerned community member" has not been revealed by school authorities, but in past Gloucester County actions against LGBT individuals and even the barring of library books in the public library, the culprits have been one or more local ignorance embracing pastors.  Now, as BuzzFeed is reporting, the U.S. Department of Justice is getting involved in the lawsuit brought on Gavin's behalf by the ACLU.  Here are story highlights (the court brief can be viewed at the end of the article):

A transgender teenager in rural Virginia got a powerful ally this week in his legal fight to use the boys restroom at his public high school.

Lawyers at the U.S. Justice Department filed a statement of interest in federal court that argues the Gloucester County School Board violated Gavin Grimm’s rights by passing a policy prohibiting transgender students from using restrooms that don’t correspond to their “biological genders.”

“The United States has a significant interest in ensuring that all students, including transgender students, have the opportunity to learn in an environment free of sex discrimination,” the brief says. “[I]t is the view of the United States that it is in the public interest to allow [Grimm], whose gender identity is male and who presents as male in all aspects of life, to use the male restrooms at Gloucester High School.”

Grimm had initiated a lawsuit against his school board in June. Filed by the ACLU, the complaint asked the court to strike down the school board’s restroom policy and impose an injunction that allows him to use the boys restroom when he returns to school in September.

Previously, Grimm had filed a complaint against the school board with the Justice Dept.
At the crux of Grimm’s lawsuit and the Justice Dept.’s filing is Title IX of the Education Act of 1972, which bans schools that receive federal money from discriminating on the basis of sex.

By stepping into the lawsuit, the Justice Dept.’s further carves out the Obama administration’s role as transgender-rights disputes grow litigious over restroom access in schools.

Compared to Gloucester County, the rest of Hampton Roads is a bright center in a liberal universe.  What I find shocking is that in order to appease Bible beaters, the school board is seemingly willing to lose federal funding.  One can only hope that sane residents wake up and read the school board the riot act.