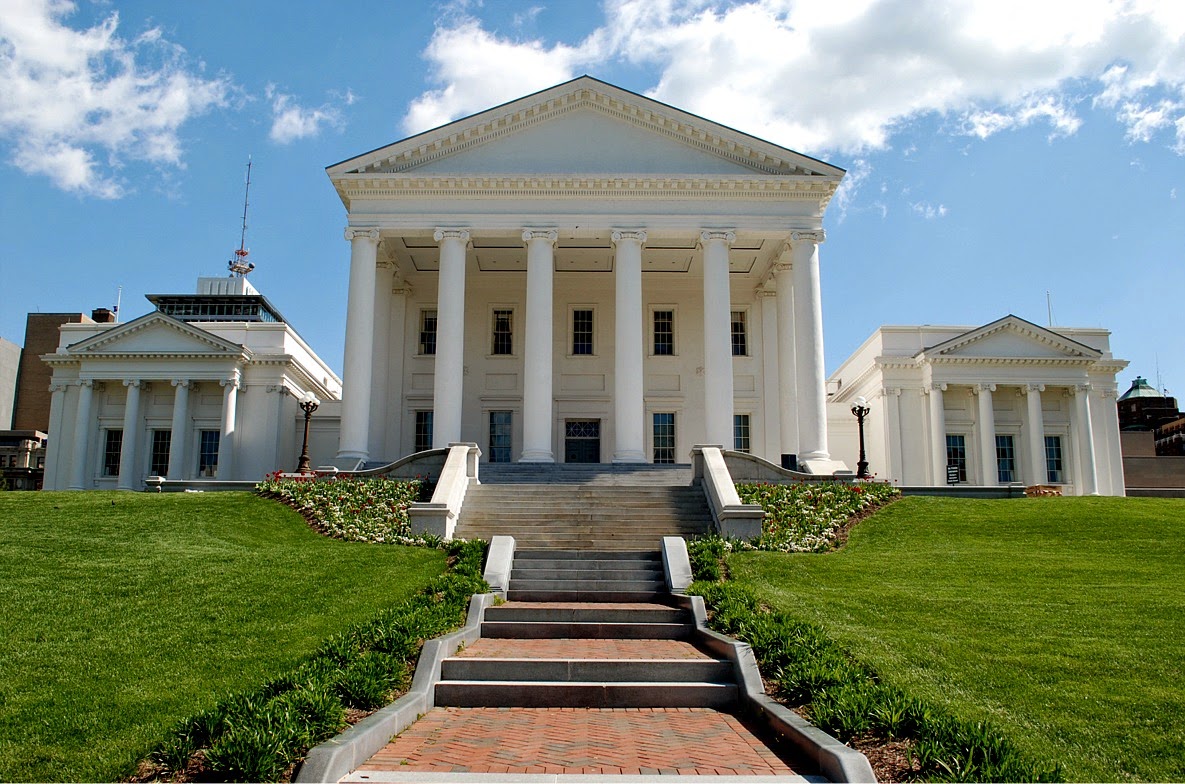 So far this legislative session, virtually every gay friendly bill in the Virginia General Assembly to be considered in committee has been killed by straight line party vote with the Republicans - always ready political whores only too happy to prostitute themselves to the Christofascists at The Family Foundation, an organization that thoroughly needs to be certified as an anti-gay hate group.   The sole exception?  A bill that would ban state taxpayer funded agencies from discriminating against employees based on their sexual orientation.  That bill barely survived for now based on a tie vote and will be taken up again.  The Virginian Pilot calls upon the General Assembly to do the right thing and pass the bill.  Here are highlights from the main page editorial:

Twenty-one states have passed laws that ban workplace discrimination based on sexual orientation. Virginia should be the 22nd.

A proposal to ban public employers from discriminating against employees based on their sexual orientation is set to draw a vote as early as today in a Senate committee. Last week, SB785 stalled on a 7-7 vote but was set aside for consideration again by the full General Laws committee because Democratic Sen. Chuck Colgan missed the vote.

The measure survived only because Republican Sen. Jill Holtzman Vogel broke ranks with her party, as she did last year on the same proposal, and voted to ban public agencies from discriminating based on sexual orientation.

Lawmakers, however, could end the uncertainty by specifying that employers funded by taxpayer dollars cannot dismiss or refuse to hire qualified employees simply because they are attracted to members of the same sex.

It's a view that private employers have increasingly adopted, demonstrating the power of understanding and compassion to make the workplace and society a more welcoming, more inclusive environment. Nearly every Fortune 500 company has enacted policies prohibiting discrimination based on orientation to ensure that they have access to the best-qualified employees. Virginia government should do the same.

Unfortunately, with the exception of Vogel, Republican lawmakers have largely failed to endorse protections for gay employees in state and local governments. Another bill, which would've extended fair housing protections to include sexual orientation, has already failed.

Sen. Adam Ebbin, the chamber's only openly gay member, has noted the lack of statutory protection for gay and lesbian workers has led some to forgo job opportunities in Virginia or depart for more welcoming states.  That's Virginia's loss.

Sexual orientation has no bearing on an employee's ability to perform any state or municipal job. Workers shouldn't have to worry about whether they'll be fired, or denied opportunities, simply because of whom they love.

[T]he state gains nothing - indeed loses much - by continuing to sanction the firing of employees because of their sexual orientation.

Vogel is one of the few Republicans in Richmond to recognize as much, and she has set a positive example for members of her party. They should follow her lead.