Obama Describes Being Gay as a "Lifestyle Choice" 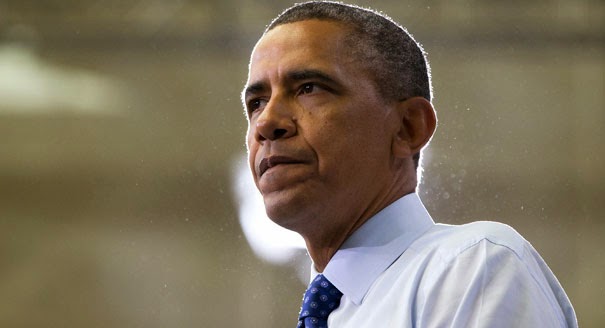 As much as he may have "evolved" on same sex marriage and pushed for LGBT rights, Barack Obama still doesn't grasp that being gay is NOT a lifestyle choice.  Or at least not any more of a "choice" than being born black, having blue eyes or being left handed.  Yes, some light skinned blacks my chose to "pass as white", tinted contact lenses can outwardly change eye color and in the past some lefties were forced to learn to write with their right hands.  None of these efforts however, changes one's underlying traits.  So too with sexual orientation.  Thus, it is disappointing that Obama is still using the language favored by our enemies to continue the lie that sexual orientation is a "choice."  Sadly, in their rush to brown nose Obama, many LGBT rights organizations which would condemn the same language if it was uttered by enemies of LGBT equality are giving Obama a pass.  Apparently "access" is more important than the truth.  The Washington Blade looks at the sell out by our self-anointed "leaders."  Here are highlights:

President Obama deviated this week from the language considered acceptable for talking about gay people when he described the lives of same-sex couples as a “lifestyle choice” — but virtually no one cares.

The Washington Blade reached out to various LGBT groups, including the Human Rights Campaign, the National LGBTQ Task Force and GLAAD, to ask whether they objected to Obama’s use of the phrase. None of those groups responded to a request to comment on that language, which is widely considered unacceptable and offensive because it suggests that sexual orientation is a choice.

“I’m hopeful the Supreme Court comes to the right decision, but I will tell you, people’s hearts have opened up on this issue,” Obama said. “I think people know that treating folks unfairly, even if you disagree with their lifestyle choice, the fact of the matter is, they’re not bothering you. Let them live their lives, and under the law, they should be treated equally.”

Obama’s faux pas comes the same week that he made history by becoming the first president ever to say the words “lesbian,” “bisexual” and “transgender” in a State of the Union address.

LGBT rights groups have taken Republicans to task when GOP officials and political hopefuls have made similar comments. In 2011, former CEO of Godfather’s Pizza Herman Cain, then the front-runner in the race to become the Republican presidential nominee, ignited a firestorm of controversy when he said in an interview on “The View” that being gay is a choice.

I'm sorry, but I don't expect our supposed allies to use the terminology of our enemies.
Posted by Michael-in-Norfolk at Sunday, January 25, 2015