Texas: Hunkering Down for the Oil Bust 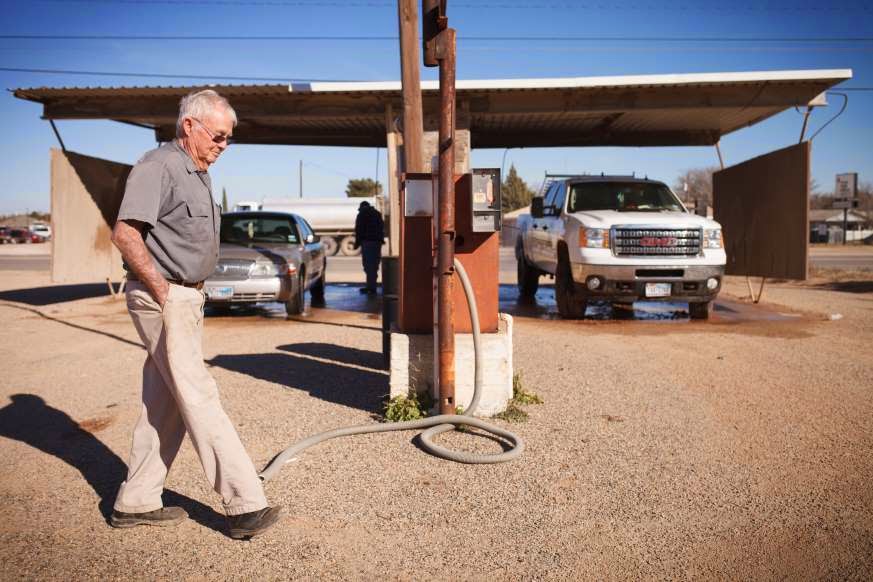 I left Houston and the oil industry just before the oil bust reached its lowest point in the 1980's.  The impact of the oil bust then was profound and wreaked havoc on employment and the housing market.  Now, Texas is facing a possible replay of those bad days given the plunge in oil and gas prices.  Locally, regular gas is below $2.00/gallon - something not seen in years.  And the glut of oil doesn't look to be ending any time soon given OPEC's apparent plan to make competing production uneconomical.  A piece at MSN News looks at the prospect faced by Texas which is ill equipped to face the crisis.  Here are article highlights:

MIDLAND, Tex. — With oil prices plummeting by more than 50 percent since June, the gleeful mood of recent years has turned glum here in West Texas as the frenzy of shale oil drilling has come to a screeching halt.

Every day, oil companies are decommissioning rigs and announcing layoffs. Small firms that lease equipment have fallen behind in their payments.

In response, businesses and workers are getting ready for the worst. A Mexican restaurant has started a Sunday brunch to expand its revenues beyond dinner. A Mercedes dealer, anticipating reduced demand, is prepared to emphasize repairs and sales of used cars. And people are cutting back at home, rethinking their vacation plans and cutting the hours of their housemaids and gardeners.

Dexter Allred, the general manager of a local oil field service company, began farming alfalfa hay on the side some years ago in the event that oil prices declined and work dried up. He was taking a cue from his grandfather, Homer Alf Swinson, an oil field mechanic, who opened a coin-operated carwash in 1968 — just in case.

It’s at times like these that Midland residents recall the wild swings of the 1980s, a decade that began with parties where people drank Dom Pérignon out of their cowboy boots. Rolls-Royce opened a dealership, and the local airport had trouble finding space to park all the private jets. By the end of the decade, the Rolls-Royce dealership was shut and replaced by a tortilla factory, and three banks had failed.

[S]ince the Permian Basin rig count peaked at around 570 last September, it has fallen to below 490 and local oil executives say the count will probably go down to as low as 300 by April unless prices rebound. The last time the rig count declined as rapidly was in late 2008 and early 2009, when the price of oil fell from over $140 to under $40 a barrel because of the financial crisis.

Unlike traditional oil wells, which cannot be turned on and off so easily, shale production can be cut back quickly, and so the field’s output should slow considerably by the end of the year.

The Dallas Federal Reserve recently estimated that the falling oil prices and other factors will reduce job growth in Texas overall from 3.6 percent in 2014 to as low as 2 percent this year, or a reduction of about 149,000 in jobs created.

Over a lavish buffet lunch recently at the Petroleum Club of Midland, the talk was woeful and full of conspiracy theories about how the Saudis were refusing to cut supplies to vanquish the surging American oil industry.

“At $45 a barrel, it shuts down nearly every project,” Steve J. McCoy, Latshaw Drilling’s director of business development, told Mr. Pruett and his guests. “The Saudis understand and they are killing us.”

Under Rick Perry and the Texas GOP's years of misrule low paying jobs were the main thing created.  As noted in posts before, Texas' far right agenda and anti-gay policies have worked to discouraged companies in less volatile industries to relocate to the state.   Now, many Texans may be about to pay the price for such misguided policies.
Posted by Michael-in-Norfolk at Tuesday, January 20, 2015